Franklin Clinton describes him as a young, trendy millionaire who does a lot of skydiving.

He usually flies in a helicopter.

“Okay, look, a little palate cleanse for you. Wait a minute... Did I just say "palate cleanse"? Man, I'm fucked. Anyway, man, apparently some rich dude's-asshole chopper just gone down over the forest. He's one of those young-ass trendy millionaires who do a lot of skydiving and shit, to try to forget everyone who hated on 'em in high school. He sent out an SOS signal near Raton Canyon, so head out that way, find him, man, pick his ass up and bring him home. But be careful though, this dude flies around in that bird all the time... so somebody might'a shot his ass down.”
— Franklin's Description

The millionaire is ambushed by the Altruist Cult while flying over Raton Canyon in his helicopter. He is shot down and attacked in the forest.

F. Clinton and Partner is contacted, so Franklin sends the player to save him and take him back to the safehouse. 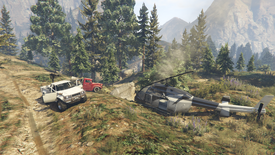 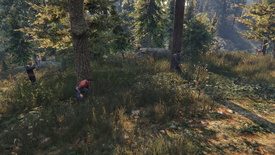 Under attack from the Altruists.