Unknown
“Kifflom!
I'm not a tourist, so no scenic routes, OK?”
— The character when entering the player's taxi.

“Ey, this target is one of the most successful tech entrepreneurs un the world, but you ain't never even heard of his damn name. Now this motherfucker? He keeps a low profile, even though he designed half the fuckin' apps on your damn phone: you know, social media, video-sharing, photo-sharing, messaging... you name it, this dud wrote it. And get this: as of tomorrow, he's goin' push what looks like a routine security update, but really it's a backdoor so he can sell all your data to the highest bidder. Fuckin' son of a bitch. He don't care how many people he bankrupt, as long as his fuckin' ass is sitting at the beach in the Caymans next to ten figures in his fuckin' bank account. He got every crooked investor with an internet connection lookin' to buy his stocks once the update hits.”
— Franklin's payphone description

Franklin Clinton described him as a tech entrepreneur who wrote most of the software apps on the Mobile Phone.

If collected in a taxi, he will greet the player with "Kifflom", revealing himself to be an Epsilonist.

He uses the same asian NPC character model each time.

Three vehicles, a grey Felon GT, a red Rapid GT and a white Stretch, will always spawn at the hotel with him, but there is no indication which one is his.

“But check this out: one of those investors had an even better idea, and he came to me with it. He's goin' bet against the stock, then we take this bitch down, our client cashes out, and we make bank. We just got intel that the target is fucked up right now at some charity event, and fired his driver for the fuckin' tenth time. And he just ordered a cab, but I got Imani to cancel that motherfucker. Dude should be right outside.”
— Franklin's payphone description

Franklin facilitates his assassination by the player on behalf of other investors.

He is at a charity event at a randomly chosen hotel and can be killed as he waits outside for his Downtown Cab Co. Taxi, or the player can collect their own taxi to pick him up and eliminate him in the designated mode for the bonus criteria. 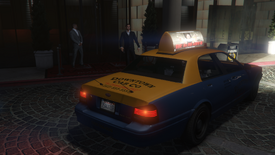 Collecting from the Von Crastenburg Hotel in Morningwood. 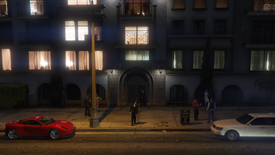 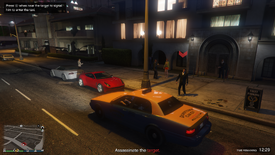 The player picking him up in a Taxi. 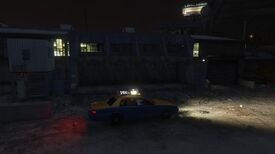 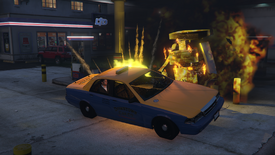 Assassinated (with a bang). 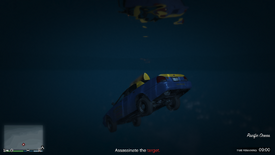