In-game time
“You see, Niko, I have been working for the government...I'm afraid it's my job to watch you.”
— Karen

The Snow Storm is a mission in Grand Theft Auto IV. The mission is unlocked some time after The Puerto Rican Connection, when Niko receives a call from Elizabeta Torres.

Niko enters Elizabeta's apartment to find her and Jacob in an argument. Elizabeta has been ripped off by a contact which Little Jacob had told her about, and blames Jacob for the loss of her coke. Elizabeta demands Jacob gets the drugs back, so Niko goes to the old hospital in Colony Island.

Niko goes to the old hospital, and when he gets there, the Angels of Death and the Spanish Lords will be doing the deal. Elizabeta's coke will be in a room at the back of the hospital, so the player will have to cross the entire hospital to retrieve the coke, fighting anyone that gets in their way.

After getting the coke, Niko will phone Jacob and the NOOSE will arrive and storm the hospital.

The player now has to escape the hospital and evade the police. If the player arrived from the back, the remaining thugs will be also facing the police.

After Niko evades the police, he will call Jacob, who tells him to meet him and an unknown person in Chase Point on South Bohan, near the Chase Point Warehouse.

When Niko gets there, Jacob is alone and Niko berates him, but Michelle shows up. She claims she is an undercover agent working for a government organization, and that she was appointed to spy on Niko. She takes the coke and leaves. Jacob also leaves saying he has to tell Elizabeta she won't get her coke, the cutscene ends and the mission is complete. 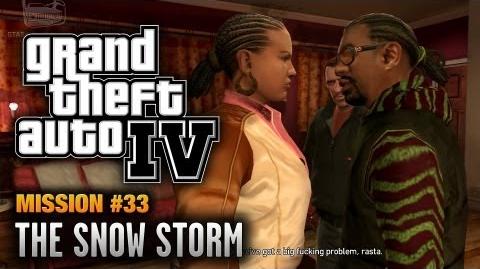