Cam Jones: "Well, the best shooter in this town is a guy named Cassidy."
Tommy Vercetti: "Is that so?"
Cam Jones: "Yeah. A military guy, or he thinks he is. I doubt he was ever in the army, but he certainly knows how to get a hold of guns. He'll be down at the shooting range."
—Cam Jones recommends a guy named Phil Cassidy for the bank job.

Tommy wants a stickup man for the job. Cam Jones recommends Phil Cassidy as he considers him to be one of the best shooters in town. Tommy heads to Downtown to a shooting range to meet Phil. Phil challenges Tommy to a shooting contest, and will only assist him if he wins.

The objective of this mission is to get a total score above 60 within three rounds of a shooting range.

In the first round, there will be three targets hanging from the ceiling and moving from left to right. The closest target is worth one point, the middle is two points, and the farthest is worth three points. The time limit is set to two minutes, but there is no need to rush, as this will use up Tommy's ammo. It is convenient for Tommy to aim for the middle and farthest target rather than the closest one, as they will be able to get more points. In order to make it easier to hit the farthest targets, shoot all parts of the closest dummy except for the head. This will make it easier to hit the farther targets since the closest dummy is not blocking the two. By following these steps, Tommy can gain around 40 points if done correctly.

In the second and third rounds, the targets of people will appear from windows, doorways and in front of Tommy. All targets are worth one point each. Tommy has a one minute time limit, but again, there is no need to rush this round, as this will also take up ammo. Make sure that Tommy does not waste his ammo, and make sure to take time because one minute is enough time for Tommy to win. By following these steps, Tommy could obtain well over 60 points by the end of the second round, allowing for an easy win. 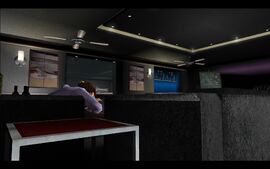 As Ken and Cam wait for Tommy to arrive, Ken snorts a line of cocaine. 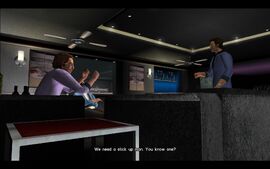 Tommy arrives and asks Ken and Cam for a man he could use as a stick up man during the job. 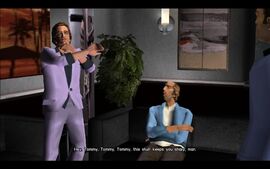 Ken's drug usage fills him with adrenaline and he starts praising cocaine. 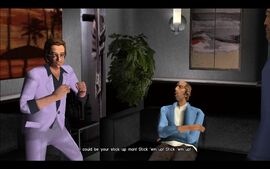 In his high, Ken volunteers to be Tommy's stick up man. 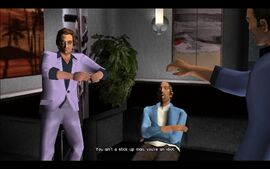 Tommy tells Ken to get a drink and relax, as he thinks Ken is not intimidating at all. 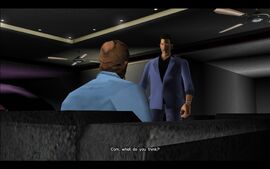 While Ken goes to grab a drink, Tommy asks Cam if he knows of any gunslingers in Vice City. 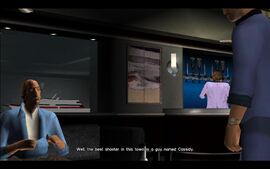 Cam tells Tommy that he knows a guy called Cassidy, who he praises as the best marksman in town. 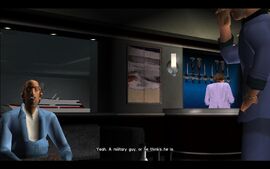 Cam tells Tommy that Cassidy has a military experience, or at least claims to. Cam says that he doubts Cassidy was ever in the military. 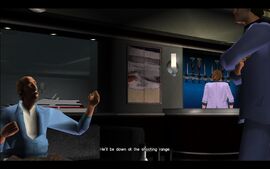 Cam tells Tommy that he could find Cassidy at the shooting range in the Ammu-Nation store Downtown. 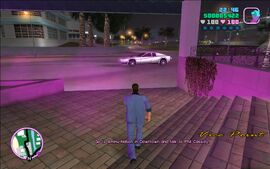 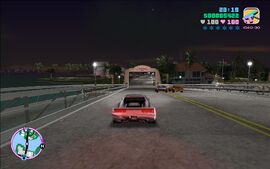 Tommy on his way to the shooting range in Downtown. 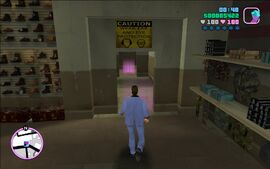 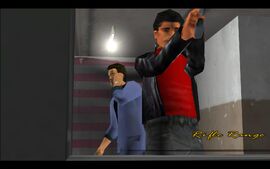 Tommy looking for Cassidy in the shooting range. 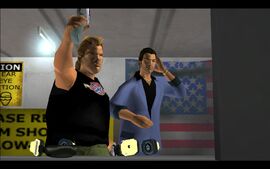 Tommy approaches the most confident looking marksman in the range and asks him if he's Cassidy. The man responds positively. 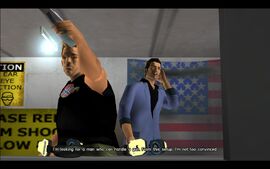 Tommy tells Cassidy that he's looking for a stick up man for a job he has planned and is considering picking Cassidy up, but isn't impressed by what he's seeing. 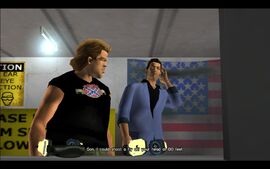 Cassidy takes offence at this and tells Tommy that he could easily shoot a fly off of Tommy's head from 80 feet and leave Tommy unharmed. He also says he learned this in the army. 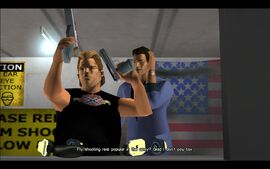 Tommy jokingly says that if the army is teaching its' soldiers to shoot at flies, he's glad he's not paying taxes to support it. 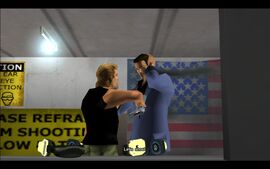 Cassidy pretends to get offended and gets into Tommy's face. He quickly starts laughing, backs off and tells Tommy to start shooting to prove his own skills. 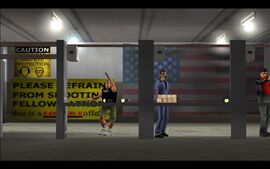 Tommy and Cassidy prepare to shoot. 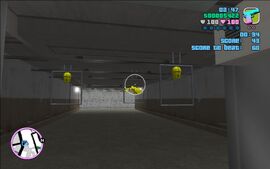 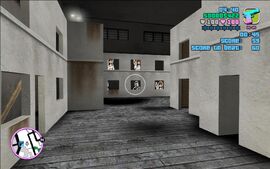 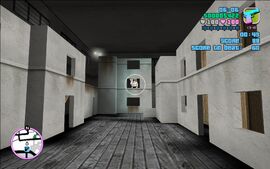 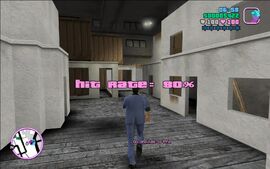 After Tommy finishes the third round, he has to go back and talk to Phil. 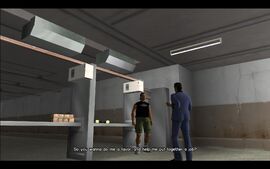 Tommy asks Phil if he wants to help Tommy now after he proved himself to be a perfect marksman himself. 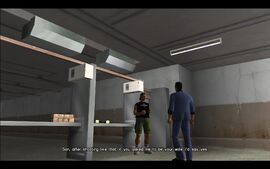 Phil agrees and even jokingly says that he'd marry Tommy if he proposed after he saw how good Tommy shoots. 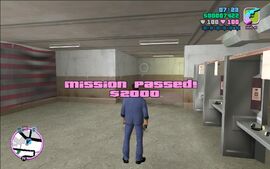