Wasted
Busted
Train gets away

Blow Your Cover
Out of the Closet (Only contacting Tom required)

The Snow Storm
Call and Collect

The Puerto Rican Connection is the final mission in Grand Theft Auto IV given to Niko Bellic by Manny Escuela.

In the cutscene, Manny is watching the video of himself and claims it doesn't make him look "street". He then asks Niko to kill some of his former friends who have been mocking him and his new film.

Manny's former friends are on a subway train, so Niko drives to Broker and waits for the train to pass over the Algonquin Bridge, where he follows it to Schottler Station. Once at the station, Niko makes his way to the platform and he must eliminate the three targets, all of whom are armed with pistols.

If the player doesn't kill them when they get off the train, they will get into a car and the player must follow them until they arrive at the back of the Burger Shot Broker branch. The player can keep following them to the destination by keeping a distance. If the player gets too close, they will get spooked and will become hostile and shoot on sight.

If the player destroys their car before they arrive to it, they'll automatically become hostile and will try to attack the player and/or run away as soon they get off the train. Their Emperor cannot be jacked, either. However, it can be pushed far away with another vehicle and the targets will still walk towards it despite the distance.

After this, Niko will cut his ties with Manny. 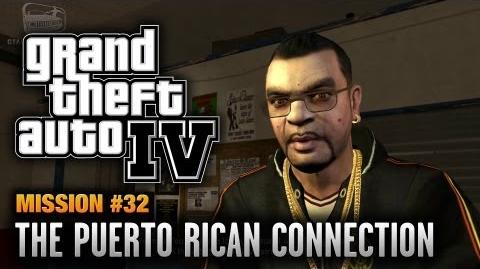