Its theme is based loosely on the pilgrim's arrival to America from Europe, and their relationship with the Native Americans that lived on the island. The restaurant also hosts dangerous activities for families, ranging from a Native American teaching them how to catch a wild turkey, the murder of said Native American, the "Witch Drown 'n' Burn", and stoning heathens who get answers wrong in Bible-themed trivia quizzes. The restaurant is open every day, except for Sunday, when they say "no one should be happy, and we should all hate ourselves". Its radio advertisements can be heard on Radio Del Mundo and Double Clef FM.

A review of the restaurant can be found in the Liberty Tree instruction manual that comes with GTA: Liberty City Stories.

Despite its advertisements, no branches of the restaurant can be found and it plays no role in the storyline.

Female announcer: When real Americans get hungry, they head to the (in unison with the crowd) Pilgrim's Pantry!

Waitress: Welcome to the Pilgrim's Pantry! Are thou family ready to feast?

Kid: Who are those weird people over there?

Waitress: Oh, fat child, we're Puritans! Those are Savages. They told us how to grow food and kept us from dying. After dessert, you can go over there and take some of their land or kill them!

Female announcer: Come try the best food this side of Jamestown with authentic first American feasts, that include other stakes, dried fish and raw turnips! Plus, the kids can put on Pilgrim costumes and be parts of dinner by strangling, attacking or choking a chicken. Or visit on "Circle the Wagons Wednesdays", where we brutally slaughter indigenous populations, and call it civilization.

Man: Jacob, be that resting?

Jacob: That ain't 'ight. I've been bringing Savages to God, by the Book, or the sword, whatever works best!

Female announcer: They fled Britain because it was too liberal, now, they've conquered the new world! But, being this high mighty works up a serious appetite. That's why when real Americans get hungry, they head to the (in unison with the crowd) Pilgrim's Pantry!

Waitress: Welcome to the Pilgrim's Pantry!

Man: Yes, wench, bring me an ale, or the Lord shall smite you!

Female announcer: Every Thursday night is Crucible Night, with witch burnings, and drownings, and all-you-can-eat rotisserie! The Pilgrim's Pantry is open every day, except for Sunday, when nobody should be having fun and we should all hate ourselves. It's the rules. 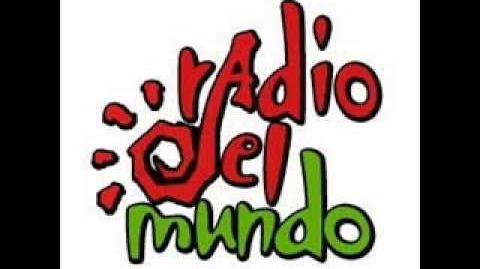 Retrieved from "https://gta.fandom.com/wiki/The_Pilgrim%27s_Pantry?oldid=1216610"
Community content is available under CC-BY-SA unless otherwise noted.