View source
watch 02:52
Roblox: DeepWoken - The Loop
Do you like this video?
Play Sound
Not to be confused with Pickups.

Taking Out the Laundry

In-game time
“The laundry has agreed to pay - you did real good kid! Go collect the cash and bring it back here. Watch out for the Triads.”
— Toni Cipriani

The Pick-Up is a mission in Grand Theft Auto III given to protagonist Claude by Leone Family Caporegime Toni Cipriani from his mother's restaurant in the Saint Mark's district of Portland, Liberty City.

Claude goes to Momma's Restaurante and reads a note left by Toni, with Toni requesting that Claude pick up the protection money from Mr. Wong's Laundromat. Toni says that the money is in a briefcase being the laundromat in Chinatown, but warns that the Triads may attack. Claude drives to the alley behind the laundromat and collects the briefcase, before the Triads ambush him, with Claude managing to kill all the Triads and escape back to Momma's Restaurante with the money.

The reward for completing the mission is $10,000. The mission Salvatore's Called a Meeting is unlocked. The Triads are now hostile towards Claude (if they're not already due to the player completing El Burro's mission Trial By Fire). 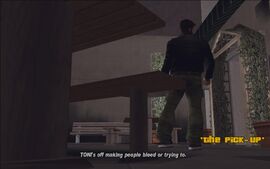 Claude arrives at Momma's Restaurante in Saint Mark's, but Toni is not there. Toni's mother tells Claude that Toni left him a note. 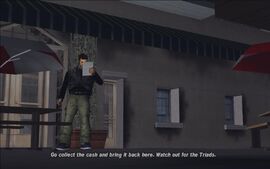 The note says that Claude blowing up laundry trucks made the laundry pay the protection fee. Toni orders Claude to go to the laundry and collect the money. 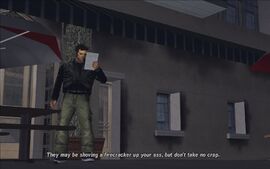 The letter also tells him to watch out for the triads and to not hesitate killing them if they challenge him. 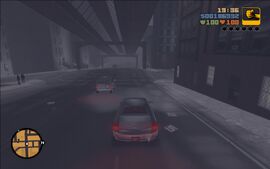 Claude heading to Chinatown to collect the protection fee from the laundry. 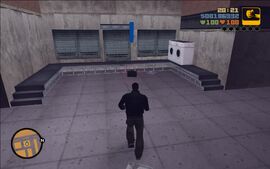 Claude, about to pick up the money briefcase. 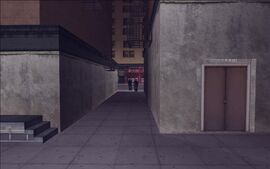 After Claude picks the briefcase up, several triad gangsters walk into the alleyway, trying to ambush him. Claude has to fight for his life. 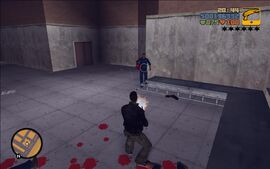 Claude killing one of the triad gangsters that tried to ambush him. 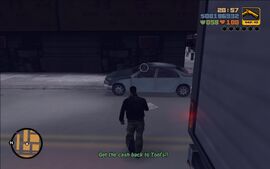 Claude is to take the money back to Momma's Restaurante in Saint Mark's. 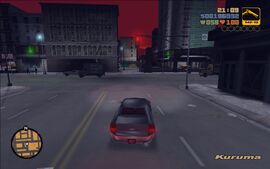 Claude heading back to Saint Mark's. 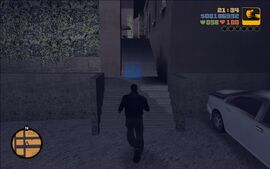 Claude, about to bring the money back to Toni. 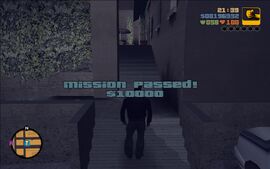 Claude picking up the briefcase full of money.