The Passion Of The Heist

Two of diamond fencers at the ferry terminal in Rockford

In-game time
“A wayward soul has confessed to fencing diamonds. Help this pilgrim on the path to redemption, take the loot and I'll see the diamonds are returned...”
— "Father" Ned

The Passion of the Heist is a mission in Grand Theft Auto: Liberty City Stories given to protagonist Toni Cipriani by news reporter Ned Burner, posing as a reverend, from Bedford Point, Staunton Island, Liberty City.

Toni goes to the Cathedral in Bedford Point and is greeted by Ned Burner, who is posing as the local reverend. He tells Toni that to redeem himself, Toni must retrieve some stolen jewels so that he can return them. Toni drives to the ferry terminal in Rockford and is met by a gang of men armed with AK-47s. The gang also have a helicopter, which Toni shoots down as he kills the gang members. After all the gang members are dead Toni retrieves the briefcase, delivering it to a garage behind the Liberty Tree headquarters. News breaks on the radios about a diamond heist, a shootout in Rockford and the now missing diamonds.

The reward for completing the mission is $1,500 and the Karmageddon mission. 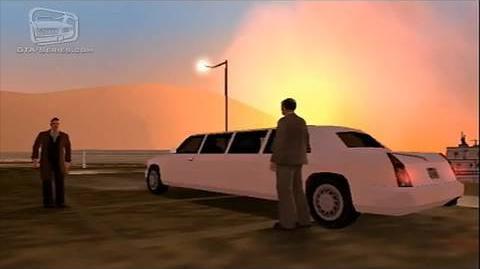 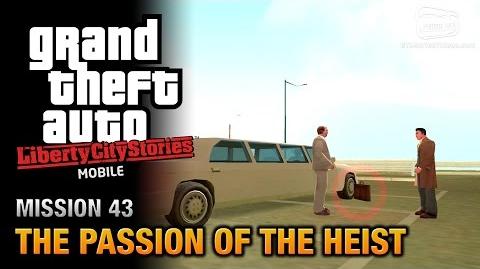