Rescuing Hsin's men from the police and escorting them to the heliport.

• ­Get to the NOOSE van without the cops spotting you.

• ­Hsin's accountant is in the open with the money. Collect him.

• ­Take the gang to the heliport.

Wasted
Busted
Time runs out
One of Hsin's men dies

"Let's be blunt for a minute, the situation is intolerable! The Feds are clamping down on all my businesses. Land of opportunity my ass! I'd been better off bribing officials in Szechuan than putting up with this bullshit. "
— Hsin Jaoming

The Offshore Offload is a mission given to protagonist Huang Lee by Hsin Jaoming in Grand Theft Auto: Chinatown Wars.

Huang meets Hsin at his penthouse, who's sure a police informant has infiltrated in the Triads. Though that's not the issue he wants Huang to deal with. Some of his men have been cornered by the Feds with a bunch of dirty money. Huang must save these men and make sure the money gets out of the country.

After the cut-scene, go to the place on the GPS to find Hsin's men that were captured by the police. The player can choose between go right through the front alleyway and face the cops, or go around the back to avoid then. Go to the back of the Enforcer to activate a minigame to free Hsin's man. After completing the minigame, the player will get a three star wanted level. Find a four seat vehicle and drive the prisoners to the next blip on the map to pick up Hsin's accountant. If he dies before the player picks him, just collect the handbag that he will drop. Finally, drive them to the Higgins Helitours landing platform in Castle Gardens so they can escape in a helicopter.

"Feds are crawling all over Triad operations. We've got a rat!

Chan got arrested, but Hsin was more concerned about his dirty money getting out of the country.

He got me to get it out of the city before the Feds discovered it." 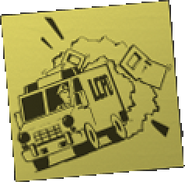 The Offshore Offload
Add a photo to this gallery 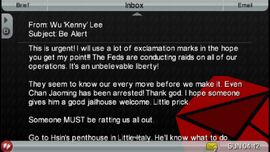 Kenny sends an e-mail to Huang telling him to meet Hsin at his penthouse in Little Italy. 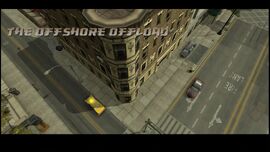 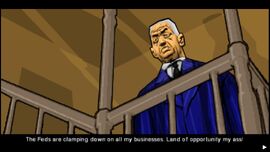 Hsin tells Huang that the feds are clamping down all his businesses... 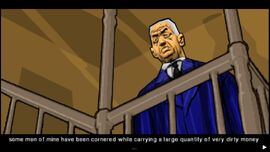 ...and some of his men have been cornered while carrying counterfeit cash they're was about to export to get laundered. 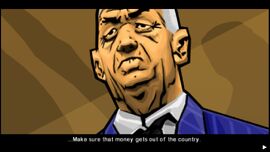 Hsin asks Huang to make sure that the money gets out of the country. 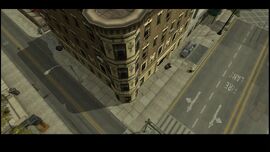 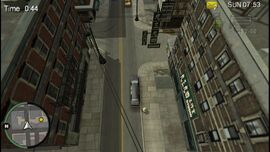 Arriving at the location where Hsin's men are being held by the cops. 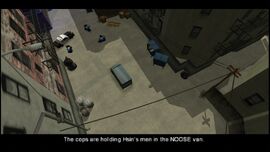 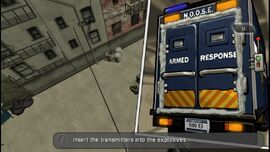 Huang about to blow up the van's doors and release Hsin's men. 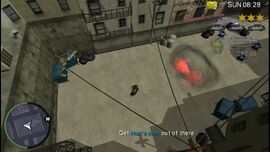 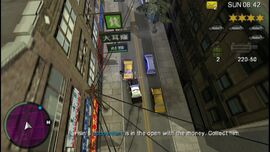 Escaping from the cops and heading to Hsin's accountant. 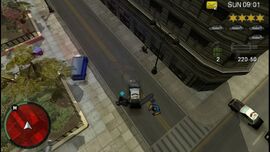 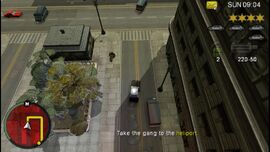 Heading to the heliport. 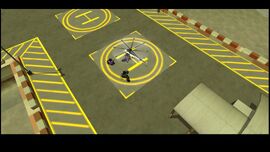 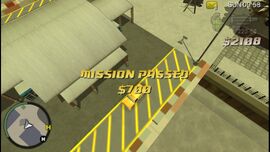 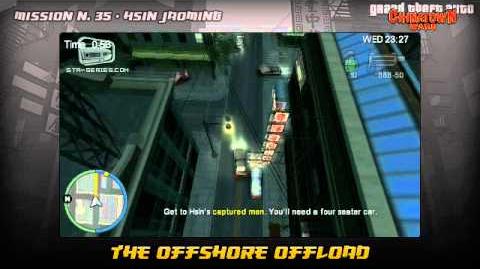 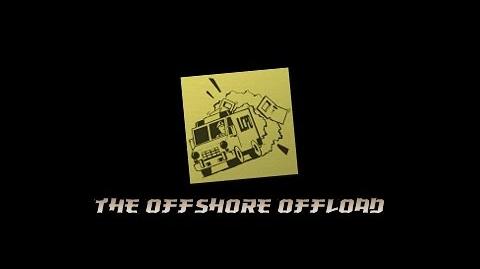 Retrieved from "https://gta.fandom.com/wiki/The_Offshore_Offload?oldid=1320269"
Community content is available under CC-BY-SA unless otherwise noted.