Toni Cipriani being ambushed by union members at Portland Harbor after a meeting with union representative Jane Hopper.

Salvatore Leone: "Anthony, its over for guys like us. We're dinosaurs. Or dodos. Or dildos. Or something. I tell you, even in my own family I feel like Jesus surrounded by twelve Judases. I mean, listen to this; I got a union boss - a broad no less - that I need to do me a favor, and she asks me for money? All I wanted was 24 hour access to the docks, while the strike was going on, strikes that I helped organize, so my boys could offload some drugs, and now I get this horse shit! I mean these are people that I personally fought for, people I've killed for, honest people. And this is how they repay me?"
Toni Cipriani: "It's insulting."
Salvatore Leone: "It's a disgrace."
—Salvatore Leone and Toni Cipriani at his mansion in Saint Mark's.

The Offer is a mission in Grand Theft Auto: Liberty City Stories given to protagonist Toni Cipriani by Leone Family Don Salvatore Leone.

Toni drops by Salvatore's home looking for more work and finds an unhappy Salvatore. Jane Hopper, the leader of the dock strikers, is not allowing Salvatore to use the docks to get drugs to Portland despite Sal's help in setting up the strikes. Salvatore sends Toni to the docks with money to pay off Hopper, realising he has no alternative option.

Toni takes the money to Hopper at the docks, who has her henchmen surround Toni. She thanks him for the 'donation' and makes a quick exit, as the strikers begin to attack Toni for passing the picket line. Toni escapes the docks, completing the mission.

The reward for completing the mission is $500 and unlocks the Ho Selecta! mission. 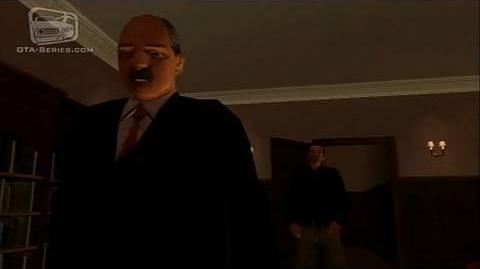 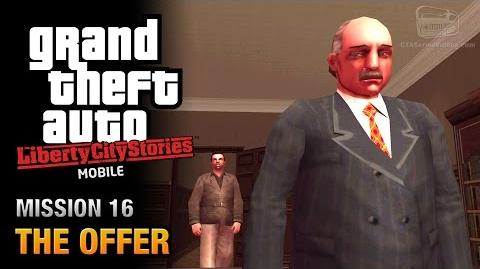