Toni Cipriani on a Freeway chasing the Hearse in Liberty Campus

Wasted
Busted
Hearse gets to the police station
Hearse destroyed

Steering the Vote
Caught in the Act
L.C. Confidential

Donald Love: "We're having a party, dear boy, a party. Yes, a morgue party! The first of the season!"
Toni Cipriani: "Woah, woah, woah, woah... What the fuck you talking about, a morgue party?"
Donald Love: "We're going have quite a night tonight. But first, we need to go and pick up the guests... Come, before our guests get bored to death. No pun intended! 'Cuz they're dead, you know..."
—Toni Cipriani meets Donald Love.

Toni drops by Donald Love's apartment, finding Love preparing for the upcoming morgue party. Love tells Toni that the guest of honor is on the way to the pathology labs and instructs Toni to bring the corpse back. The player then is prompted to chase and obtain the Hearse carrying the body. Afterwards, Toni must go to the Pay 'n' Spray in Newport to lose a three-star wanted level, before driving back to Love's apartment building, where the player must leave the hearse in the parking bay.

The reward for completing the mission is $1,000 and the missions Steering the Vote, Caught in the Act and L.C. Confidential are unlocked.

Salvatore Leone: Toni. It's me, Sal. I can smell those Forellis behind all this shit I'm in. What I wanna know is: Why'd they get the mayor to light a fire under my ass? Listen, meet me down at the jetty. We're gonna do a little fact finding. 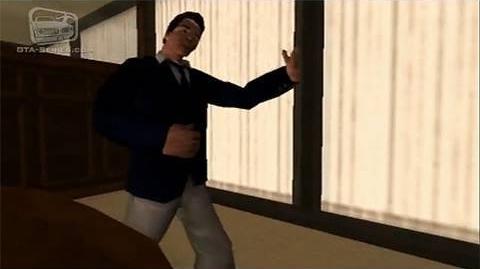 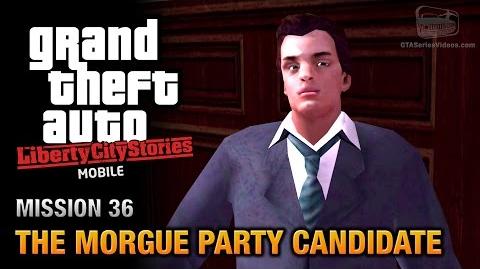