Minisub
Cargobob
(Only if Offshore method was selected)
By the Book
The Merryweather Heist is a mission in Grand Theft Auto V. It is the second heist mission in the game that protagonists Michael De Santa and Franklin Clinton execute and the first to also involve Trevor Philips.

As the mission Three's Company features the first meeting of Trevor and Franklin, it must be completed before the main heist is unlocked, though the preparation missions can be done in advance of this.

For this approach, only one preparation mission (Minisub) is required. If this approach is chosen, Trevor phones Franklin and advises him to visit the Shooting Range to improve his shooting skills.

Two preparation missions (Cargobob, Minisub) are required for this approach. If this approach is chosen, Trevor phones Michael and advises him to visit the Flight School to improve his pilot skills.

Depending on the chosen method in Scouting the Port, the entire mission will play out in one of two ways:

Despite Franklin being advised to visit the Shooting Range, this is not compulsory.

Trevor, Michael and Franklin meet at Floyd's Apartment, where Trevor explains the plan. Trevor and Franklin get into Trevor's truck and drive to the Miriam Turner Overpass. Trevor drops Franklin off and Franklin heads to the vantage point. A few in-game hours pass and the mission resumes at dusk. The player is switched to Michael, who is waiting next to the freighter in a Dinghy. Michael dives into the water and makes his way onto the freighter.

Michael boards the freighter and makes his way inside, whilst Franklin covers him by killing the guards with a sniper rifle. Franklin kills the guards, and Michael plants four Sticky Bombs in various positions on the ship. At this point, Michael is spotted by some other guards. The player is switched to Franklin, who kills the guards pursuing Michael and shoots down a Merryweather helicopter. Once the guards have been killed, Michael leaves the freighter and detonates the bombs once a safe distance away, which sinks the freighter. The player regains control of Michael, who is searching the freighter's wreckage using dive gear. Michael locates the device, and is collected by Trevor, who is piloting a Submersible. On shore, Floyd uses a crane to lift the Submersible onto the dock. At this point, Lester Crest arrives wearing hospital clothing, and warns the trio that the device they've stolen is a highly-dangerous super weapon and that they must return it immediately. Trevor refuses, but Michael promises to find another "score" for Trevor. Lester leaves with Floyd to return the device, while Michael and Franklin drive off, leaving Trevor alone on the harbour.

Despite Michael being advised to visit the Flight School, this is not compulsory.

Trevor, Michael and Franklin meet at Floyd's apartment, where Trevor explains the plan. Trevor, Michael and Franklin get into Trevor's truck and Michael drives them to the Sandy Shores Airfield. The trio arrive at the airfield, where Trevor enters the Submersible delivered by Wade and Floyd in the Packer. Michael uses the Cargobob to lift the Submersible, and they fly to the Merryweather test site in the Pacific Ocean, near Paleto Cove. Michael releases the Submersible close to the test site, and Trevor uses a Trackify app to locate the device. Trevor finds the device and ascends to the surface. The player is switched to Michael, who lifts the Submersible out of the ocean with the Cargobob. En route to the airstrip, the Cargobob is attacked by Merryweather helicopters and boats, but Franklin manages to fend off the pursuers with a Combat MG.

Michael lands the Cargobob back at the airfield. At this point, Lester Crest appears and warns the trio to return the device as it is a highly-dangerous super weapon, and would make them targets for the authorities. Trevor refuses, but relents when Michael promises to find him another "score". Lester leaves with Wade to return the device and Michael drives off with Franklin, leaving Trevor alone at the airfield.

"Container ship sinks in the port of South Los Santos. Witnesses describe a scene of chaos in Los Santos harbor earlier as several explosions could be seen on board a container ship, which subsequently sunk into the harbor. Reports suggest nothing was stolen and foul play is non-suspected in the incident."

"Explosions ran through the Port of South Los Santos last night and a container ship sunk into the harbor. This isn't how Don Percival, CEO of Merryweather Security Consulting, wanted to celebrate his company getting clearance to work at the Port of Los Santos. Along with a high value courier service, running a special security detail at the Port is one of the main contracts Merryweather have taken on since Congress gave them a domestic pass. Despite some witnesses claiming to hear gunfire, Percival insisted that the ship was sunk due to explosions in a malfunctioning gas tank. Anti-Merryweather activists point to a similar incident in the Sudan where Merryweather soldiers, drunk and full of steroids, accidentally engaged other Merryweather soldiers in a "combat situation", then attempted to blame it on local insurgents. A full investigation into the incident has been launched." 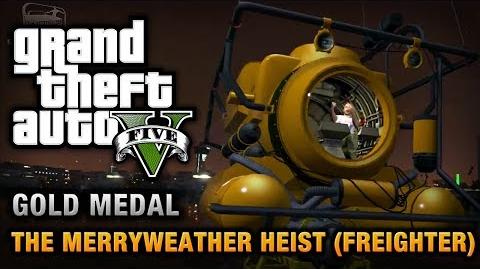 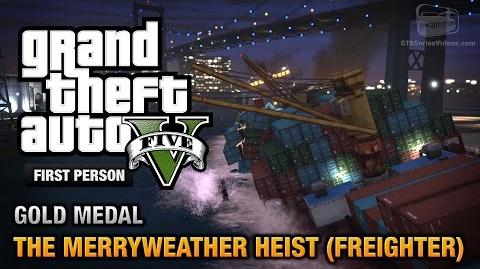 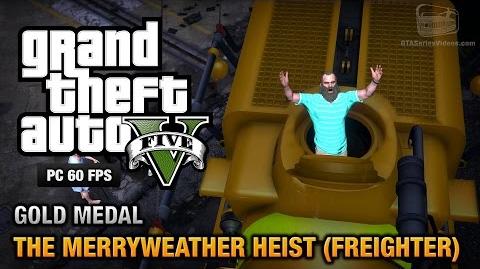 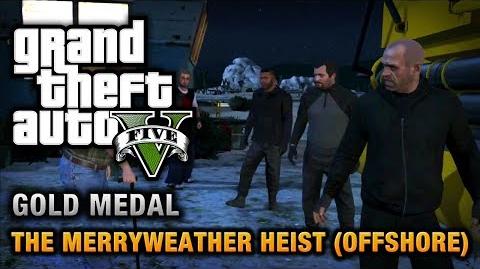 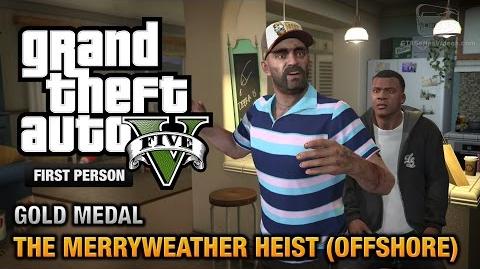 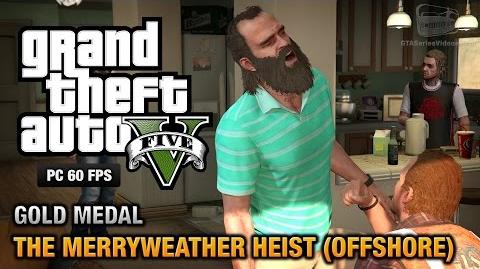