Toni Cipriani, Joseph Daniel O'Toole and Mickey Hamfists arriving at the 'making ceremony' at the Harwood Autocrusher and Junkyard

Getting JD O'Toole "made", and then dumping his remains in either the river or sea

Calm Before the Storm

The Made Man is the final mission in Grand Theft Auto: Liberty City Stories given to protagonist Toni Cipriani by Joseph Daniel O'Toole from Paulie's Revue Bar in the Red Light District of Portland, Liberty City.

JD O'Toole is about to become a made man by the Leones. Toni meets JD at Paulie's Revue Bar to drive him to the ceremony. Mickey Hamfists arrives in a Leone Sentinel. Toni, JD and Mickey soon drive to the Harwood Autocrusher and Junkyard in Harwood. On the way, the group is confronted by a group of Sindaccos who want JD dead for the betrayal, but Toni evades or kills them.

As they arrive at Harwood, however, rather than a ceremony, Mickey shoots JD in the head. Mickey explains that Salvatore couldn't trust JD, implying that he could've betrayed the Leones the same way he betrayed the Sindaccos. With JD's body still in the front passenger seat, Toni drops Mickey off at Portland View, before dumping the car in the river or sea, destroying any evidence. If the car is spotted by the police, the player will immediately attain a 2-star wanted level. The mission is complete once the car is disposed of.

The reward for completing the mission is $1,500 and the mission The Portland Chainsaw Masquerade is unlocked.

Vincenzo Cilli: Hey, it's me, Vincenzo.

Toni Cipriani: What the hell do you want? Someone to pick up your laundry? Or wipe your ass?

Vincenzo Cilli: Don't be like that. Listen, I feel bad about everything... Come on. Drop by my place, I've got something for you.

Toni Cipriani: Yeah? What's that? A pair of concrete boots? A nice slice of arsenic pie? Forget about it.

Vincenzo Cilli: No. Come on, Toni, I feel bad about what went down. Salvatore heard about it, and told me we both need to grow up. This is me growing up. I'm sorry. Come on.

JD O'Toole wearing a suit for the ceremony.

Mickey Hamfists about to kill O'Toole at the Harwood Autocrusher and Junkyard.

JD O'Toole is dead and Mickey talking with Toni about him. 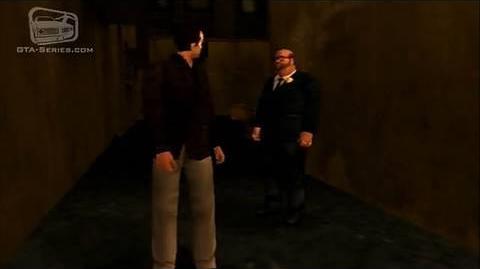 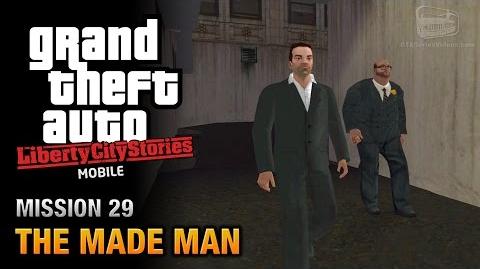