In-game time
“Man, you get what you give out, Mr. Lowrey.”
— Franklin Clinton upon killing Lowrey

The Hotel Assassination is the first assassination mission in Grand Theft Auto V given to protagonist Franklin Clinton by Lester Crest.

Lester meets Franklin near the Del Perro Pier and explains his method of manipulating the stock market: buying stock of the rivals of a less-than-ethical company, then taking out a major figure in that company and selling the stock once the prices go up. Franklin, however, is hesitant about it as he doesn't consider these sort of kills as 'a good deed', but Lester assures him he now can because these people are 'assholes', and tells Franklin to kill Brett Lowrey, CEO of Bilkinton Research and the figurehead of a scandal after an erectile dysfunction pill he released, Priapol, was discovered to be the cause of several heart attacks, while he is leaving the Von Crastenburg Hotel in Richman. Lester suggests two ways in which this can be accomplished: by shooting Lowrey with a sniper rifle or by destroying Lowrey's car (with Lowrey inside) with a sticky bomb. Regardless of how the player chooses to kill the target, once Lowrey is dead, Franklin must escape the scene and any resulting wanted level. Once this is accomplished, the mission ends. Post-mission, Franklin then calls Lester to confirm that the job is done. Lester tells Franklin that their investment portfolio is getting a "little successful". Lester figured that tangible assets would be the best investment, so he bought a house in Vinewood Hills. Also, that he needed someone to live there due to tax purposes. So, Franklin came into mind, and Lester told him that all of his stuff was being moved in from his aunt's house to the new property. Franklin was surprised and ecstatic that Lester was giving him an entire property for free, as well as feeling relieved, for not having to live with his crazed aunt Denise, ever again.

"The Betta Pharmaceuticals share price is on the rise, following the news that Brett Lowrey, CEO of Bilkinton Research - the company behind the new erectile dysfunction wonder drug Priapol - has been murdered in Los Santos. Mr. Lowrey's business practices had come under scrutiny in recent days following widespread reports of heart attacks from Priapol users and accusations that Bilkinton had paid off the FDA. The LSPD has said that a full investigation into his death will be underway within hours."

The reward is $9,000. Thanks to Lester, Franklin now owns a new safehouse in Vinewood Hills, the 3671 Whispymound Drive. Franklin's previous safehouse is turned into a "center for women" by Denise Clinton, and the interior and garage are no longer accessible to the player (unless they use glitches or tricks). On the enhanced edition, the garage is still usable, however.

The Dollar Pills stock is an alternative, in case the player is unable to access the Bawsaq site, just do as explained above and you should get a percentage of return of 100% with the Dollar Pills. 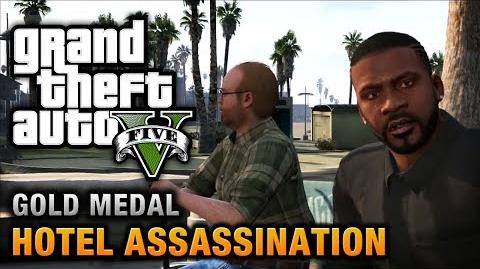 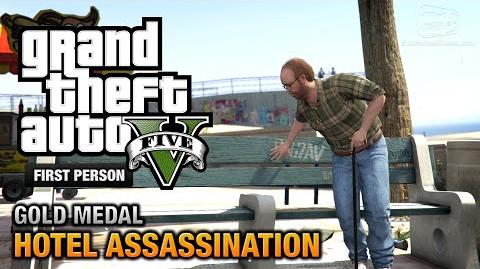 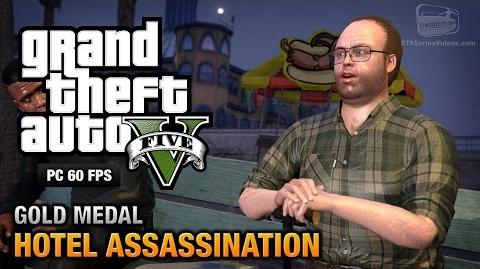