The Guns of Leone

The Guns Of Leone

Toni Cipriani about to kill a Sindacco Family member with a sniper rifle.

Calm Before the Storm

In-game time
“Salvatore's gone ape-shit! He's coming down here personally, to kill every Sindacco he can find... so I took a hike. Look, I've put a rifle on the roof across the street. Make sure no harm comes to Salvatore.”
— JD O'Toole instructing Toni to protect Salvatore Leone as he rampages across the Red Light District.

The Guns of Leone is a mission in Grand Theft Auto: Liberty City Stories given to the protagonist, Toni Cipriani by Joseph Daniel O'Toole from Paulie's Revue Bar in the Red Light District of Portland, Liberty City.

Toni drops by Paulie's Revue Bar and gets a phone call from JD. JD informs Toni that an enraged Salvatore is personally heading toward the bar to kill every Sindacco gang member he can find following a Sindacco attempt to assassinate him, JD tells Toni that he has left a sniper rifle on the roof opposite the club.

As Toni gets to the roof and takes the sniper rifle, Salvatore arrives with two Leone bodyguards, with the aim of pushing towards Paulie's Revue Bar. The player is required to kill a number of attacking Sindacco gangs, protecting Salvatore as much as possible, to the point that the gunfight has attracted the attention of the police. Eventually, Salvatore reaches the back of the club, killing another Sindacco gang member with a shotgun, before entering the club and taking over the Sindacco-owned premise. The mission ends at this point.

After the mission, the Sindacco family has moved to Staunton Island, the next city over as The Red Light District is now a Leone territory, and they take over Paulie's Revue Bar.

The reward for completing the mission is $3,000 and the mission "Calm Before the Storm" for Joseph Daniel O'Toole; the Red Light District will also fall under the control of the Leones. As a consequence of the mission, the Leones have seized control of Paulie's Revue Bar, resulting in the club receiving a rebranding due to being under new ownership (eventually leading to the club being being renamed Luigi's Sex Club 7). In addition to this, the Sindaccos and the Sindacco Argento will no longer spawn in the Red Light District, or the neighboring Hepburn Heights and Chinatown. 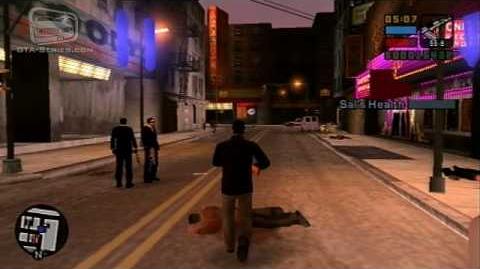 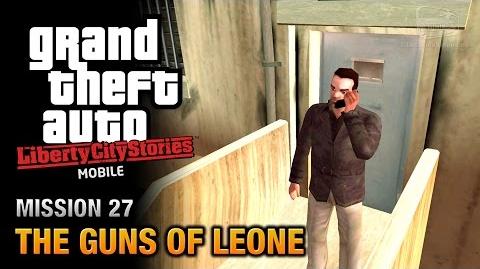