Dead Skunk in the Trunk

In-game time
“Get some wheels to the safehouse at St. Marks and pick up a few friends of mine. They're hittin' a bank and they need a driver. I gave my word that you were the man, so don't screw this up. Get them to the bank before five o'clock, not a minute after.”
— Joey Leone

The Getaway is the last mission in Grand Theft Auto III given to protagonist Claude by Joey Leone from his garage in Trenton, Portland, Liberty City.

Joey offers Claude one last job - to assist a few friends of his in a bank robbery, with Claude acting as a getaway driver. The player must find a four seater vehicle and pick up Joey's friends at the Panettiere business in Saint Mark's, before driving to the Bank of Liberty branch in Chinatown. The three bank robbers attempt rob the bank, returning after gunshots, screaming and a ringing bank alarm are heard. Using either the Pay 'n' Spray in the Red Light District or police bribes, the player must lose the police and drive the robbers back to their hideout, concluding the mission.

The reward for completing the mission is $10,000 per surviving burglar, up to $30,000 if all three were safely delivered to their hideout. 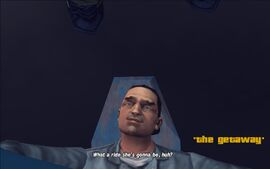 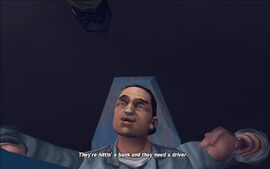 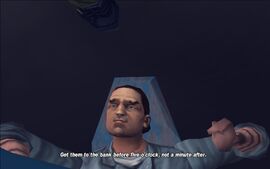 Before Claude heads off, Joey reminds him that the robbers need to get to the bank before 5 o'clock. 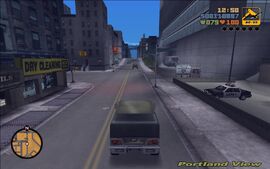 Claude heading to the robbers' hideout. 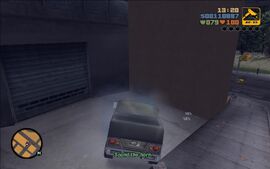 Claude honking the horn to tell the robbers' that he has arrived. 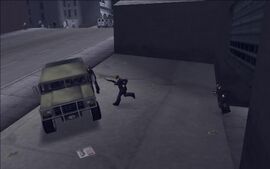 The three robbers getting into the vehicle. 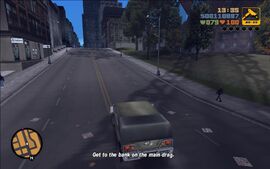 The robbers tell Claude to take them to the bank on the main drag in Chinatown. 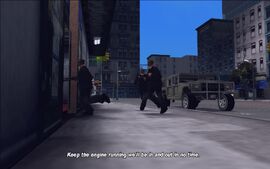 The three robbers make their way into the bank. 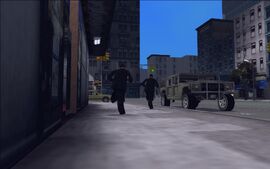 After a few moments pass, two robbers run out of the bank. 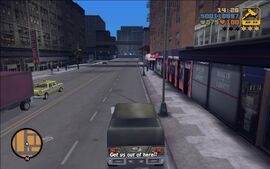 The robbers tell Claude to hurry up and get them out of Chinatown. 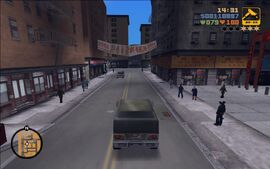 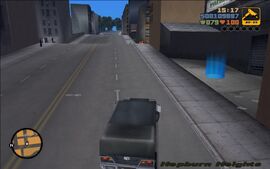 Claude bringing the robbers back to their hideout. 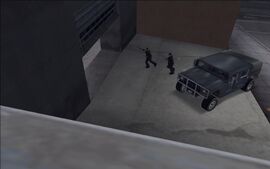 The robbers go inside. 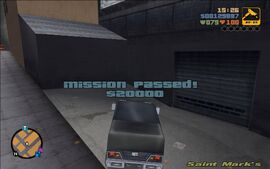 Claude picking up the bank robbers from a building in Saint Mark's.

All three robbers make it alive.