In-game time
“The Policeman's ball is being held at the Old School Hall near the Callahan Bridge and they'll be looking for some old school action. Now, I got girls all over town walking the streets. Get 'em to the ball. They'll make a bundle. Get as many of them as you can, before the cops drink away all their green.”
— Luigi Goterelli

The Fuzz Ball is a mission in Grand Theft Auto III, given to protagonist Claude by Luigi Goterelli from his bar in the Red Light District of Portland, Liberty City.

The mission begins with Claude going to Luigi's Sex Club 7 looking for more work from Luigi. Luigi informs Claude that a police ball is taking place in the Old School Hall in Chinatown and tells Claude to get a minimum of four prostitutes to the venue before the officers spend all their money.

The reward for completing the mission is $2,000 for delivering the required amount of prostitutes (four), with a further reward of $500 for each additional prostitute, with a maximum of $4,000.

There is a total of eight prostitutes, all located in Portland:

The difficulty of the mission lies in the time constraint. The player must complete the task given within five minutes, but can only ferry a maximum of three passengers should they use a conventional, four-door vehicle. For this reason, the Coach is best suited for this mission, as it is the only vehicle in the game capable of carrying all eight prostitutes at once. Try to get the Coach before assigned the mission and by driving it, the player must chart a single course across Portland, allowing them to transport and deliver all the passengers in a single go. One effective route is as follows:

An extra bonus of $2000 will add to the total account if the player decides to deliver all eight girls. Another effective way is to get a fast 4-door car and start delivering the distant prostitutes first in this order: 3-1-3. 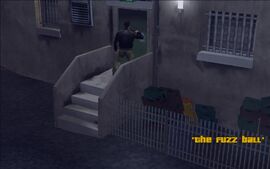 Claude arrives at Luigi's Sex Club 7 and knocks on the door. 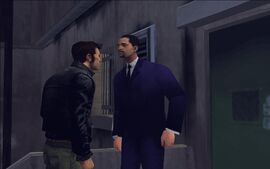 Mickey Hamfists comes out of the club. 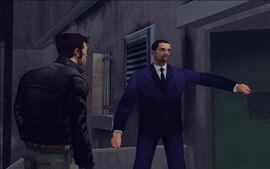 After a moment of staring at Claude, Mickey proceeds to open the doors to Luigi. 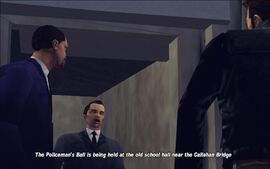 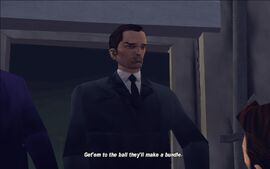 Luigi instructs Claude to pick up eight girls he has working all over Portland and bring at least half of them to the hall before the cops lose all of their money to other ventures in the ball. 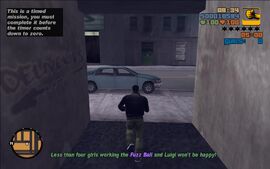 Claude runs back to his vehicle. 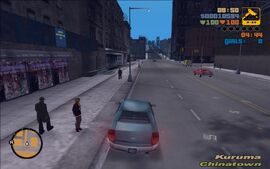 Picking up the first girl. 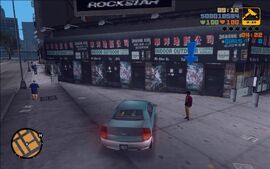 Picking up the second girl. 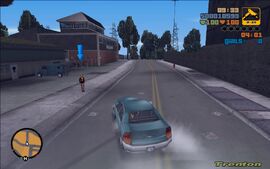 Picking up the third girl. 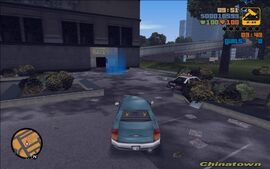 Claude and the girls nearing the Old School Hall. 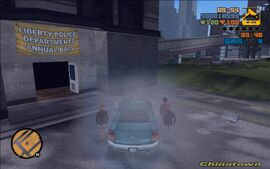 Claude dropping the first pack of girls off. 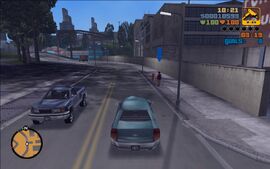 Picking up the fourth girl. 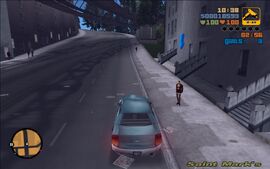 Picking up the fifth girl. 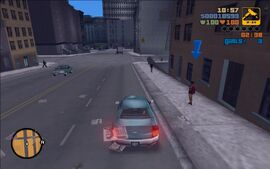 Picking up the sixth girl. 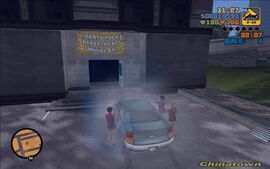 Dropping the second pack of girls off. 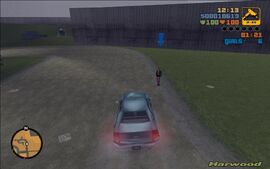 Picking up the seventh girl. 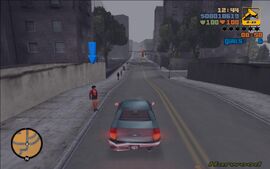 Picking up the eighth girl. 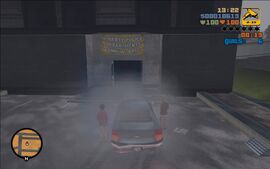 Dropping the final two girls off at the hall. 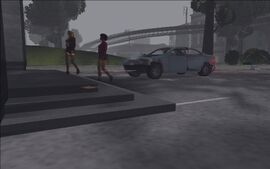 The girls walking into the hall. 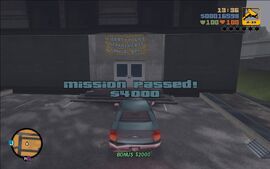 Mission passed. Bringing all eight girls to the hall awards a bonus of $2000.

Dropping off the first three girls

Dropping off the next three girls

Dropping off the last two girls