GTA Wiki
Register
Don't have an account?
Sign In
Advertisement
in: Casinos, Locations in GTA San Andreas in Las Venturas, The Strip,
and 6 more
English

The Emerald Isle is a casino that appears in Grand Theft Auto: San Andreas. It is located on the northernmost part of The Strip in Las Venturas, San Andreas.

The casino is the tallest building in the city, with a total of 30 floors (325 feet/99 meters). A parachute can be found at the top most point on the Emerald Isle's tower. The Emerald Isle also contains a parking garage with a helipad, both of which can be accessed by CJ.

The Emerald Isle also features the largest parking structure (10 floors) in the state of San Andreas.

The Dossier Carrier in Misappropriation lands his Maverick on the helipad on the parking garage roof, he escapes CJ in a Buffalo and exits via the jump four floors down. 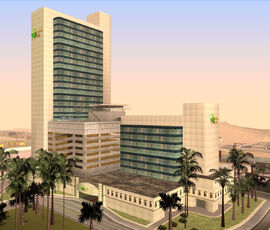 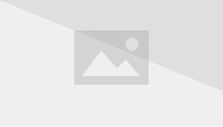