The "Dolls" House, as seen to the northwest in GTA Liberty City Stories.

The Dolls House is a Sindacco Family-run casino and bordello on the eastern edge of the Red Light District of Portland, Liberty City. Little else is known of the building, and it doesn't feature any interiors.

In Grand Theft Auto: Liberty City Stories, protagonist Toni Cipriani destroys the Dolls House building in JD O'Toole's mission "Blow up 'Dolls'". Afterwards, the building's remains appear for the rest of the game. A Molotov Cocktail will also spawn in the remains of the building after the mission. 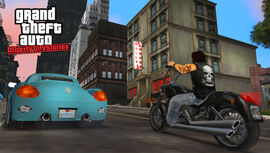 The "Dolls" House being blown up in GTA Liberty City Stories, due to the actions of Leone Family member Toni Cipriani. 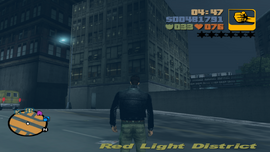 The new building which has been built in the same place where the casino ruins were. (GTA III)