View source
watch 01:54
Arcane: League of Legends - The Loop
Do you like this video?
Play Sound
Not to be confused with The Cook, a minor character in GTA IV and Episodes.

In-game time
“The name's Chonks, Marty Chonks. I run the Bitchin' Dog Food factory around the corner. I got money troubles, but hey, who doesn't right? I'm meeting my bank manager later. He's a crooked bastard that keeps bumping up the loan repayments so he can cut a slice. Take my car, pick him up and bring him back here. I've got a little surprise for that blood sucking leech!!”
— Marty Chonks

The Crook is the first mission in Grand Theft Auto III given to protagonist Claude by Bitch'n' Dog Food Factory owner Marty Chonks from a public telephone outside the factory in the Trenton district of Portland, Liberty City.

Claude answers the payphone in Trenton and finds a man named Marty Chonks on the line. He tells Claude that he needs some help. He tells Claude that his bank manager has been lying to him and taking an extra cut of Marty's profits, and wants Claude to take a Perennial from the factory and pick him up. Then he wants him to bring the bank manager back to the factory to "talk" with him.

Claude goes to see the bank manager and picks him up, just as he was ordered. He then drops him off at Marty's, where the two have a little "chat". After the banker is killed, Marty wants Claude to go crush the evidence. Claude drives up to Harwood and goes to the Harwood Autocrusher and Junkyard, where the car is destroyed. 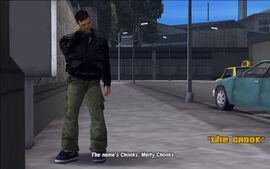 After Claude picks up the ringing payphone in Trenton, the caller introduces himself as the Bitch'n' Dog Food factory owner, Marty Chonks. 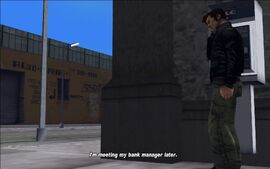 Marty tells a some information about himself, including the fact that he is meeting his bank manager later that day. Marty thinks that the bank manager is stealing some of Marty's earnings from him. 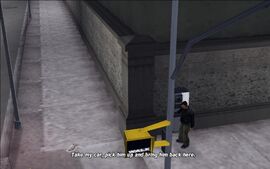 Marty instructs Claude to take his Perennial and drive the bank manager back to the factory so the two could "talk". 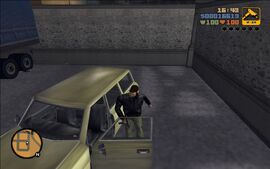 Claude getting into Marty's Perennial. 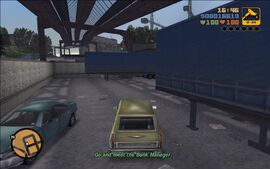 Claude now has to go and pick up the bank manager. 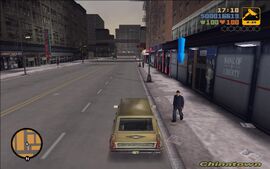 Claude picking the manager up. 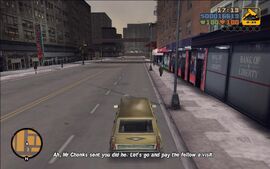 Claude and the manager on their way back. 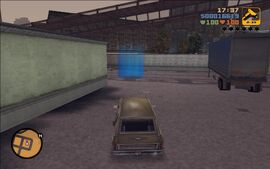 Claude and the manager arriving at the factory. 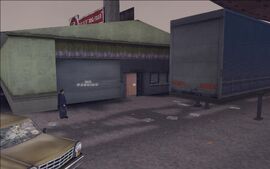 Marty's bank manager walking into the Bitch'n' Dog Food factory. Shortly after he enters a chopping sound could be heard. 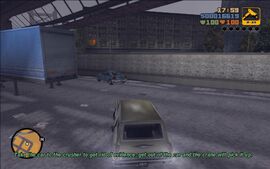 Claude is instructed to drive to the car crusher in Harwood 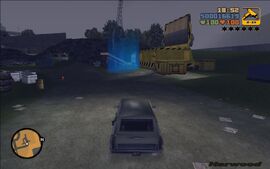 Claude arriving at the crusher. 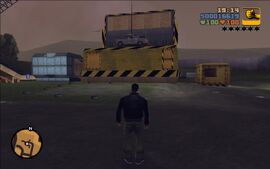 The Perennial getting crushed. 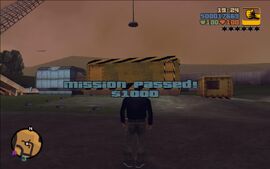 Claude picking up the bank manager.

Claude dropping off the bank manager at the dog food factory.

Claude dropping off the car at the junkyard.