The Contract: Dr. Dre, also known as The Data Leaks, is a VIP Contract available in Grand Theft Auto Online as part of The Contract update.

Franklin will be in touch about the VIP client soon. Complete Security Contracts in the meantime to earn cash and increase daily earnings for the business.

This contract becomes available once the VIP Contract is unlocked after completing a Security Contract via the Agency computer. The player will be contacted by Franklin Clinton, who tells the player to meet him at Los Santos Golf Club to meet a potential new client, Dr. Dre.

The contract requires the GTA Online Protagonist to find Dre's phone, which was stolen by Johnny Guns' men during the events of The Cayo Perico Heist.

It consists of a one-time pre-requisite mission at the Los Santos Golf Club which then unlocks access to the VIP Contract on the Agency computer to start a one-time Free Mode set-up mission, which then unlocks access from the computer to three mission series (each containing two Free Mode setups and one finale) that the player must complete in any order, before the two finales become available from Franklin's office.

The player and Franklin meet Dr. Dre, DJ Pooh and Jimmy Iovine at Los Santos Golf Club. While making introductions, two golfers, Eugene and Raymond, approach the group and request to play-through as they were blocking their progress around the course. Dre refuses, which causes the two golfers to threaten him with a ban from the club. This angers Dre, who tells Franklin and the player to deal with them if they want him to become their client.

The player and Franklin hop in a Caddy and chase after the two golfers, ramming them both until their engines become too damaged to continue. Once Raymond has been dealt with, and Eugene's Caddy becomes sufficiently damaged, Franklin tells the player to follow Eugene until he stops. They find Eugene stopped, laying on the boardwalk of Del Perro Pier. The player beats Eugene with a golf club until Franklin decides he has had enough, then calls Dr. Dre to confirm the issue has been dealt with. Dre, satisfied, gives F. Clinton and Partner his business.

Note: This mission is only required on the first play through but can be replayed from the Agency computer Archive after completing the Contract the first time.

Franklin and the player infiltrate FIB Headquarters to steal data relating to the location of Dr. Dre's cellphone. After fending off numerous FIB personnel, they learn that three copies have been made of Dre's music.

Note: This mission is only required on the first play through but can be replayed from the Agency computer Archive after completing the Contract the first time.

“Nightlife Leak: Investigate the data signal detected at a nightclub owned by the Los Santos Triads and track down the copy of Dr. Dre's stolen music.”

The player is called by Franklin Clinton and told to go secure the security footage from a nightclub where a copy of Dr. Dre's phone was earlier located per the FIB data. While in the nightclub, the player will have to navigate around, or kill, many Triad goons. Once the footage is secured, they escape the nightclub.

The player is called by Franklin and told to go to the Puerto Del Sol Marina to steal a green Toro speedboat. Once acquired, they drive the boat to a superyacht located in the Pacific Ocean off the West coast of Los Santos. Once there, they fight the Triads on the yacht while looking for evidence located in one of the bedrooms. The player takes a photo of the evidence, then escapes the yacht.

The player drives to The Diamond Casino & Resort to attend a party in one of the penthouses which is said to be the location of one of the copies of Dre's phone. Once inside, the player locates the promoter and attempts to grab the laptop containing Dre's music. The promoter, however, has a stronger grasp and escapes with the laptop. The player fights their way out of the penthouse, then chases the promoter into The Music Locker located downstairs in the casino. They kill the guards and catch the promoter with the laptop and phone copy in a backpack. The player takes the backpack, and decides whether to kill the promoter or let them go. They then return the backpack to their agency.

The player is called by Franklin and told to go to the Pacific Bluffs Country Club to secure some security footage. Once secured, they locate a limo and tail it to the Richman Mansion. They then take a photo of the front gate and send it to Franklin.

The player is called by Franklin and told to go to a high-end party at a house in Vinewood Hills. Once there, they locate a lawyer and use a Stun Gun to tase him, before stuffing him into the trunk of a Super Diamond. They then drive the car and lawyer back to their Agency.

The player drives the previously stolen Super Diamond to the Richman Mansion to attend the party where Dr. Dre's leaked music is being played. Once there, they realise that the DJ is only streaming the music, and a billionaire actually has the phone containing it. The player then causes chaos at the party, by killing the guards and blowing up the vehicles. This causes the billionaire to flee in his private helicopter. The player gives chase, either shooting him down over Lago Zancudo or following him to his private yacht just off the coast from Fort Zancudo. Once the billionaire is found and killed, the player takes the phone copy and returns it to the Agency.

“South Central Leak: Investigate the data signal detected in Davis and track down the copy of Dr. Dre's stolen music.”

The player is called by Franklin and told to go meet his contact, Vernon, in Chamberlain Hills. Vernon introduces himself as being part of the Davis Neighborhood Families. He tells the player to drive to La Mesa/Cypress Flats to bust-up a deal happening between the Aztecas and The Lost MC. Once over, they steal a white Burrito containing meth equipment. They then escape the pursuing Lost MC and cops, before leaving the van with Vernon at a drop-off garage.

The player is called by Franklin and told to go meet Vernon. Once with Vernon, they drive to Davis to confront a sect of the Ballas who are believed to have the phone copy, and are currently fighting Families members. The player and Vernon break-off from the main fight and chase down P and hold him at gunpoint in a small garage. P confirms that it is actually the Vagos who have the phone copy.

The player meets Vernon and P in Davis and follows their small convoy to the Vagos hood in Rancho. Once there, the Families and Ballas members join together to fight against the large number of Vagos members located in the hood. They push deeper into the hood, before a Vagos leader runs out of a house and jumps into the lowrider playing Dr. Dre's leaked music in the center of the parking lot. The player chases after the lowrider, kills the Vagos leader and takes the car back to their Agency.

The player is asked by Franklin to drive Dr. Dre's black Champion back to Record A Studios, as he had left it outside their Agency. Once at the recording studio, they find that Johnny Guns and his men had broken into the building and sieged Dre inside his central studio. The player kills all of the enemies outside the building before entering and doing the same inside. Once the fighting is over, the studio is cleaned up and Anderson .Paak joins Dre in the studio and improvises a song while the player and other onlookers watch.

The player goes to search Johnny Guns' last known location near Textile City. Once there, they find Guns and his men in the old Mirror Park Railyard. Johnny jumps into his car and immediately drives away, while the player is left to fend off multiple waves of hired gunmen arriving in Granger 3600LX SUVs. Once they are all dead, the player heads to LSIA to stop Johnny from escaping in a plane. They find him and more hired men in the Devin Weston hangar. Once there, they kill all of his men and injure him enough that he gives up. They then drag him outside to Dr. Dre, who is waiting outside the side exit. He beats Guns a few times before leaving with the player in an Itali GTB Custom. While the player drives Dre to the Pacific Bluffs Country Club, he plays one of his new songs. 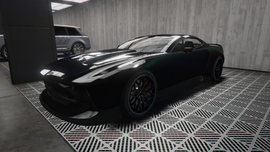 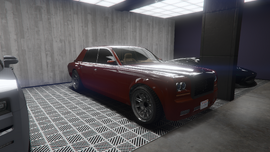 Ben Brooks' Lawyer's Super Diamond in the Agency garage after Investigation: Guest List for the remainder of The High Society Leak strand. 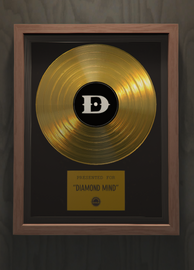 Gold Record of "Diamond Mind (feat. Nipsey Hussle & Ty Dolla Sign)" in the player's office after completing all of The Data Leaks missions.