"This land vehicle point to point answers the question 'what's the quickest way from the beach to East Los?' once and for all. Up to sixteen racers taking the freeway from Pacific Bluffs to El Burro at the same time. Expect congestion."
―Race description.

The Commute is a race featured in Grand Theft Auto Online. The racers must race from Pacific Bluffs to El Burro Heights using a crowded highway.

The race takes a similar to route to the main chase route followed in the mission Father/Son, following most of the Del Perro Freeway, La Puerta Freeway, and crossing the Miriam Turner Overpass over to the Elysian Fields Freeway. The race ends immediately after the large red cantilever arch bridge.

The race is recommenced to be played with a maximum of 4 players - more than 4 can result in a very hectic race, and the long straights mean player's spinning out other players would be common. Risk is also common on the small slip-roads that connect freeways to each other. 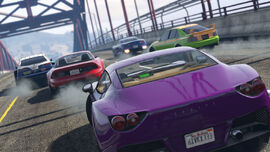 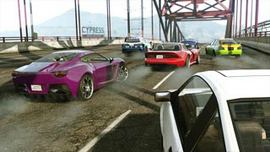 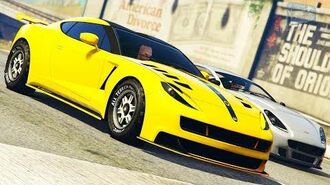 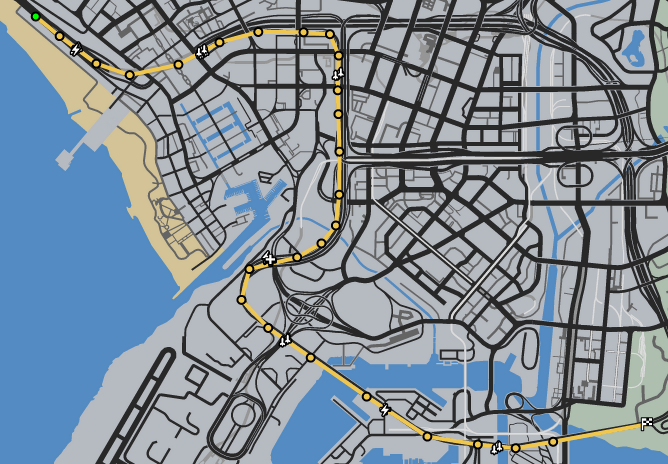 Retrieved from "https://gta.fandom.com/wiki/The_Commute?oldid=1191061"
Community content is available under CC-BY-SA unless otherwise noted.