• ­Get to the meeting point.

• ­Shoot down the copter!

Accidents Will Happen
Turn on, Tune in, Bug out

"It's a friend of mine, Gonzalez - hm hm! He's got to move a shit load of coke."
— Reni Wassulmaier

The Colonel's Coke is a mission in Grand Theft Auto: Vice City Stories given to the protagonist Victor Vance by avant garde film director Reni Wassulmaier from the InterGlobal Films Studio on Prawn Island, Vice City

Victor goes to Reni at the InterGlobal Films studio on Prawn Island. She informs him of knowing a friend, Gonzalez who needs guards helping him to get his drugs to Viceport. Victor drives over to Downtown and introduces himself to Gonzalez, who informs him of needing to get his colonel's drugs to a lockup in Viceport. Victor then takes a Sea Sparrow with two of Gonzalez' goons in it and flies above Gonzalez' boat. While escorting him, many boats appear, trying to attack the boat containing all the drugs but goons from the chopper and the boat destroy them. Near the lockup, a chopper appears but is also destroyed and upon arriving in the lockup the mission ends as the last boat chasing explodes when it goes with full speed against the door to the lockup.

The reward for completing this mission is $850 as well as the unlocks the mission Kill Phil. 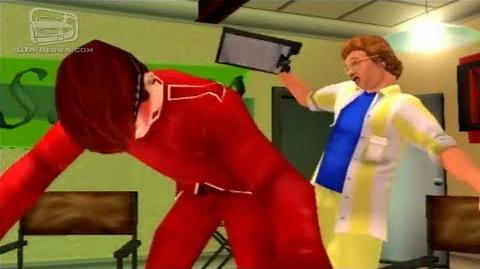 Retrieved from "https://gta.fandom.com/wiki/The_Colonel%27s_Coke?oldid=1318267"
Community content is available under CC-BY-SA unless otherwise noted.