The Classics 104.1 is a radio station that plays old school hip-hop in Grand Theft Auto IV.

The station is hosted by hip-hop producer DJ Premier. It is one of two hip-hop stations in Liberty City, the other being The Beat 102.7, which plays modern day and contemporary hip hop, as opposed to The Classics, which caters to old school hip-hop from the early 1980s to the mid 1990s.

This is one of Dwayne Forge's & Playboy X's preferred radio stations.

The station is not featured in Episodes from Liberty City.

In Grand Theft Auto IV: The Complete Edition, The Classics 104.1, along with all other GTA IV exclusive radio stations, appears in The Lost and Damned and The Ballad of Gay Tony.

Advertisement in GTA IV.
Add a photo to this gallery 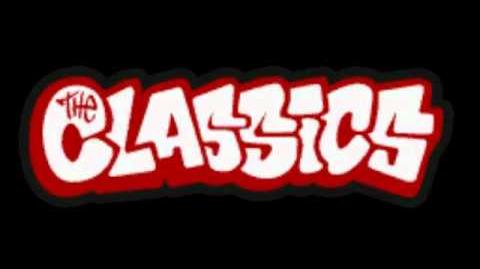 Retrieved from "https://gta.fandom.com/wiki/The_Classics_104.1?oldid=1306397"
Community content is available under CC-BY-SA unless otherwise noted.