In-game time
“Some Judas has betrayed me. He thinks I don't know how much money I should be making, but stealing 3% is as good as stealing 100%. No one does this to me. NO ONE! You follow him from his apartment and you see where he goes. Later, we will kill him.”
— Ricardo Diaz

The Chase is the first mission in Grand Theft Auto: Vice City given to protagonist Tommy Vercetti by drug baron Ricardo Diaz from his mansion in Starfish Island, Vice City.

Tommy visits Ricardo Diaz at his mansion on Starfish Island. Diaz explains that the leader of the Streetwannabees has been stealing 3% his income, and he wants Tommy to visit the leader's apartment and then follow him to wherever he is keeping the money.

Tommy leaves the mansion and drives to the apartment. He arrives and looks through the apartment window, but it is empty. At that moment, the leader appears on the roof opposite and flees. Tommy chases after him but the leader jumps off the roof and into a waiting BF Injection. Tommy gets off the roof and chases the leader, eventually following him to one of the derelict mansions on Prawn Island.

The reward for completing this mission is $1,000 and the mission Phnom Penh '86 is unlocked. 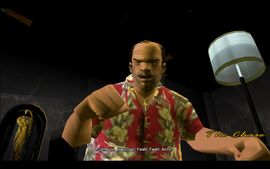 Ricardo Diaz is watching a horse race in his mansion in Starfish Island. 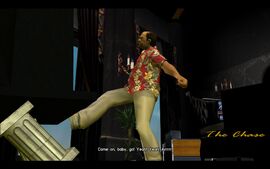 Diaz's horse loses the race, angering Diaz. In a fit of rage, he smashes his television set. 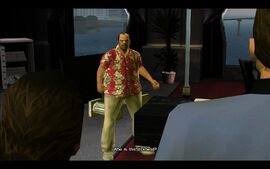 Tommy enters the room, led by two of Diaz's gangsters. Diaz does not recognize who Tommy is and asks his men who Tommy is. 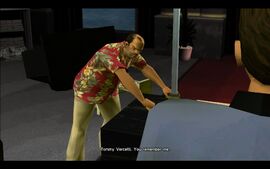 Tommy tells Diaz his name and tells him that he should remember Tommy from their last meeting. 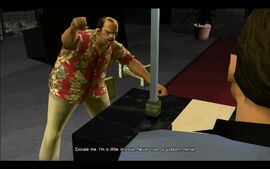 Diaz apologises to Tommy for his bad memory and proceeds to stomp on his television set a few times. 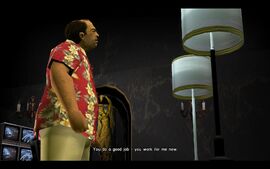 Diaz tells Tommy that he was impressed by his work and tells him that he is now his man. 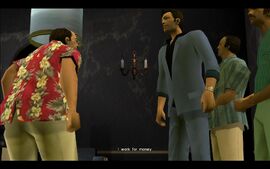 Tommy tells Diaz that he will work for whomever pays the best and not for Diaz exclusively. 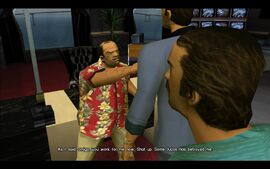 Diaz says that he pays the best, therefore Tommy indeed works for him now. 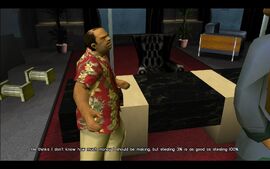 Diaz informs Tommy of a gangster he worked with, who betrayed him. Diaz tells Tommy that the gangster is stealing 3% of the profit Diaz is supposed to be making, but to Diaz even such a small theft is as good as stealing all of his money. 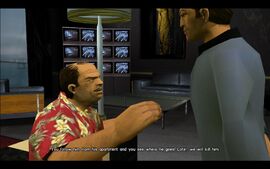 Diaz hires Tommy to follow the gangster from his house to his hideout, find out where the gangster hides and then kill him. 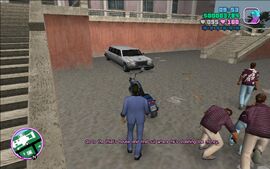 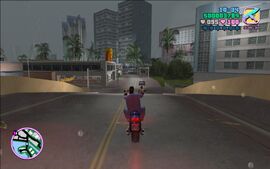 Tommy on his way to the gangster's apartment. 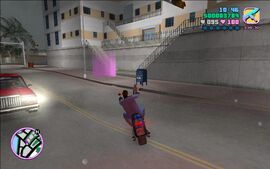 Tommy arriving at the gangster's home. 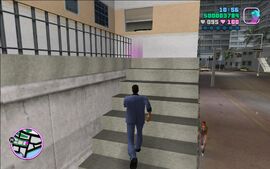 Upon arriving, Tommy decides to look through the gangster's window to check if he's home. 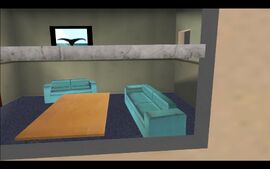 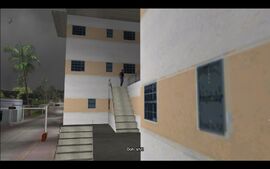 Tommy looks behind, to see the gangster standing on the stairs that lead to the roof. Upon seeing Tommy, the gangster immediately flees. 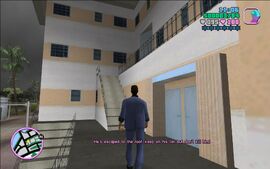 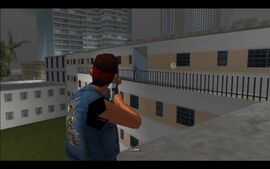 Tommy climbs on the roof, to see the gangster shooting at him with a Ruger. 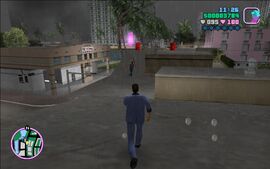 Tommy chasing the gang member across the rooftops. 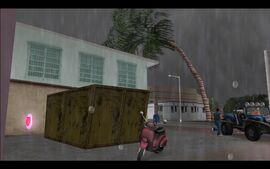 As Tommy and the gangster approach the end of the rooftop, the gangster jumps off the roof and gets into a BF Injection that was waiting for him nearby. 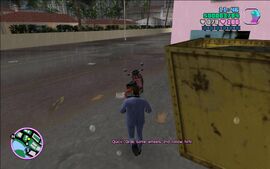 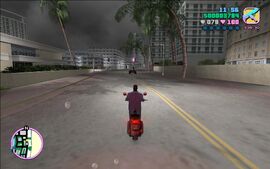 Tommy chasing the gangster through the streets of Vice City. 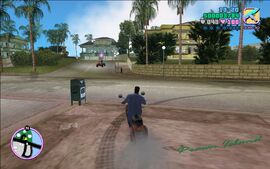 The chase has led Tommy to an abandoned mansion in Prawn Island. 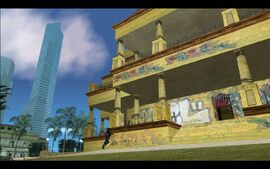 The BF Injection stops and the gangster runs inside. 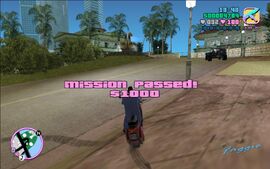