The Ballad of Rocco

The Ballad of Rocco

The Ballad of Rocco is a mission in Grand Theft Auto V, given to protagonist Michael De Santa by Solomon Richards.

Michael arrives at Backlot City where he discovers Rocco Pelosi and his associate Gianni attacking Solomon. As Michael approaches, Pelosi yells at Solomon about honoring a contract, then he and his associate escape in Rocco's red Fugitive. Solomon asks Michael to track down and kill his two assailants. Michael agrees. He pursues Pelosi and Gianni and murders them both.

Once Michael has completed this part of the mission, he receives a call from Solomon, who thanks Michael for his help and asks Michael to come visit if he's free; the player has the choice of whether to accept Solomon's invitation. If the player does accept, Michael returns to Backlot City and finds Solomon in his office. Solomon shows Michael the end credits of Solomon's current project; Michael is now listed as a producer. Michael sits for a while appreciating what he's accomplished. As he leaves Solomon's office, he calls Amanda De Santa and leaves a message telling her he's finally achieved something in his life.

"Vinewood talent agent Rocco Pelosi has been murdered. Pelosi, who represented the actor Milton Mcllroy and the director Anton Beaudelaire, moved to Los Santos from Alderney a few years ago. Police as yet have no leads."

"Vinewood agent and promoter Rocco Pelosi has been found dead. Police have not yet issued any official statement but the death is being treated as a murder. Pelosi, who some thought had connections to organized crime in Liberty City and was known in Vinewood more for his physical clout than industry clout, had no shortage of enemies on either coast, and the list of possible suspects is expected to be long." 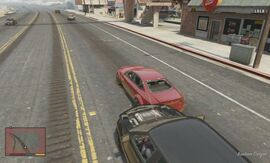 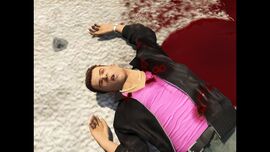 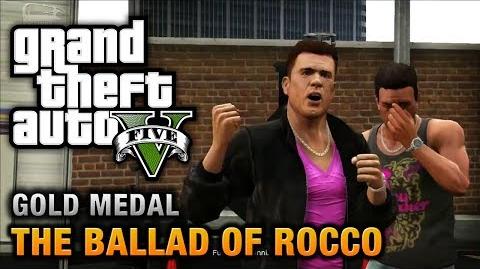 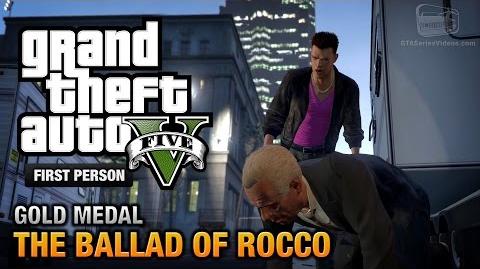 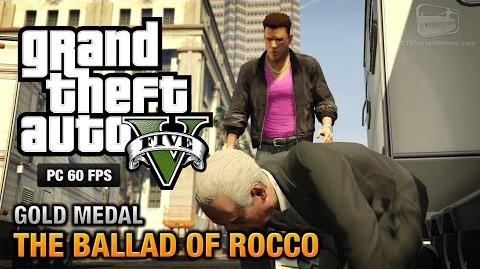 Main article: The Ballad of Rocco/Soundtrack