Drive the passengers to their destination within the time limit.

Taxi Driver missions require the player to drive passengers to specific locations within a time limit for a cash reward. In the 3D Universe, the side mission is triggered by entering a Taxi and pressing the side mission button.

In Grand Theft Auto IV, the side mission is triggered by telephoning Roman about taking a fare (see Taxi Driver in GTA IV).

In Grand Theft Auto V, it is triggered by entering a taxi and activating the mission via pressing a button when a call on the radio comes up.

The player can make money when they are in a taxi in Grand Theft Auto 2, though no destinations will be chosen. Pedestrians will simply enter Claude's taxi if he stops near them, and will alight when he stops again.

In the 3D Universe games and Grand Theft Auto: Chinatown Wars, the player can earn money by delivering pedestrians to their predetermined destination within a time limit. Starting the mission lights up the taxi's roof-mounted sign encouraging nearby pedestrians to flag the player's taxi down. Once a pedestrian enters the vehicle, the destination is displayed on screen and is marked by a blip on the radar and a colored marker at the destination itself. The allotted time given is calculated roughly from the distance to the destination, and an additional 30 seconds (10 seconds for other 3D Universe games) is granted upon completing a fare to find another one. If the player runs out of time, exits the vehicle, or damages their vehicle too badly, the passenger will flee, ending the mission. Although missing rear doors save disembark/embark time, spending the time detouring to a Pay 'n' Spray en-route can be a valuable restoration investment when the cab becomes difficult to control or before it begins to reject new fares.

From Grand Theft Auto: San Andreas onwards, the taxi side mission adds a "tip meter" which rewards players for delivering fares quickly and safely and punishes them for driving recklessly or taking too long.

In Grand Theft Auto: Chinatown Wars, once the mission is activated inside a taxi, the player can deliver as many fares as they want. The player will receive a different medal depending on how many customers are delivered in a row (all the customers delivered before quitting or failing in the mission). A bronze medal will be rewarded for 5 fares (required for 100% completion), silver medal for 10 fares, and 15 fares will reward players with a gold medal and make taxis bulletproof. An extra tip is also awarded for each 5 fares delivered in a row.

In Grand Theft Auto V, the taxi side mission returns. The player must get into a taxi and activate the mission via pressing the button for the horn which will then give them the location of a customer. When the player completes a fare, they will usually receive money based on distance and time, however the passenger may try to leave without paying. In this situation the player must "lock-on" to the escaping passenger to make them drop the money. The player can also purchase the Downtown Cab Co. to receive Private Taxi Fare missions. 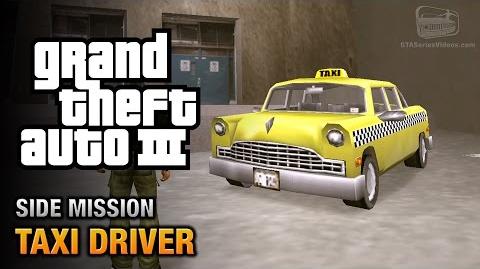 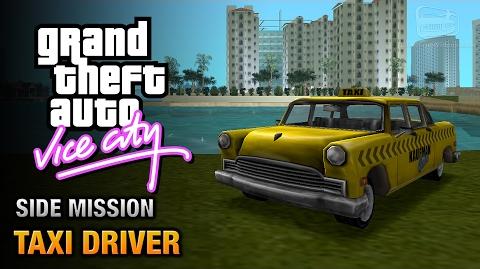 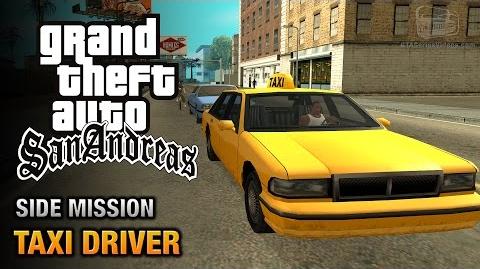 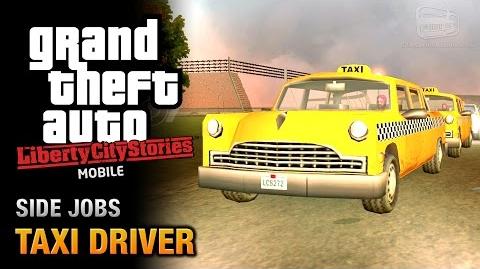