Talk page comments should only really be deleted by staff, to prevent people deleting someones comments just because they don't agree with them (which does happen). However, if it is obviously spam, delete it. If it is definitely forum material, move it there and message the user who wrote it. If it is article content, copy it into the article. If it is a talk page comment (even if you disagree completely, even if it is rude/abusive), leave it alone. With this particular talk page, the entire page should have been moved to the forum (by staff), because this would have preserved the edit history - so use {{move}}. Does that make sense? Gboyers talk 13:04, 8 June 2009 (UTC)

I've deleted the 'Description' section, which contained the following, for relevance reasons:

"The M61 Vulcan is a 20 mm hydraulically or pneumatically driven, six-barreled, air-cooled, electrically fired Gatling-style cannon with an extremely high rate of fire. It has been the principal cannon armament of United States military aircraft for five decades. The M61 was originally produced by General Electric, and after several mergers and acquisitions is currently produced by General Dynamics."

Is the info about the minigun being the 2nd heavy weapon in GTA IV true? If it is, is there a source saying this, was it in the BETA or is it just what somebody thought?

Actually its datas are still written in the file WeaponInfo.xml (common\data) and the audio files can be found in the file resident.rpf (pc\audio\Sfx).--Loadingue 16:43, December 3, 2009 (UTC)

I saw a brazilian website with new screens for it, with Franklin holding a small green minigun:

I was thinking it was a flamethrower, yet i looked better on it :3

For those interested, see the gallery here (no spam intended):

The picture of the "mini gun concept" in GTA IV is fake. It's from a YouTube video that recreates the GTA V trailer in GTA IV by Yeardleydiamond. It is just a mod. NikoBellicFTW (talk) 16:44, April 21, 2015 (UTC)

It isn't, the Minigun was in fact supposed to be in GTA IV, there are more evidence for that.

Just curious as to what the source is for Coil being the Minigun's manufacturer. Last I checked, it's manufacturer was unknown, like the Heavy Pistol and Combat MG. The Sentinel (talk) 04:15, May 16, 2015 (UTC) 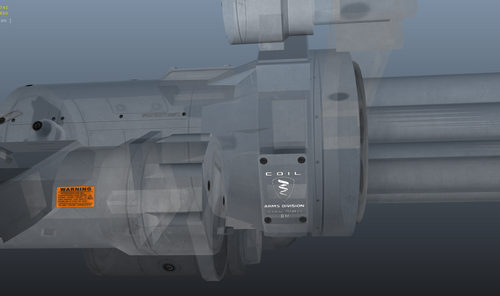 Retrieved from "https://gta.fandom.com/wiki/Talk:Minigun?oldid=787600"
Community content is available under CC-BY-SA unless otherwise noted.