when it says the only black policeman in the series, does it mean main characters or police in general? there are black cops in gta 4 and san andreasSharpie14 20:28, August 21, 2010 (UTC)
- He is at least the only known black chief of police - QuietSuffer

I removed that from the page. And Tenpenny is NOT I repeat, NOT, a police chief. He is a regular patrol officer who has a lot of criminal friends. And people, please sign your posts on talk pages using the signature button at the top of the page. MAINEiac4434 03:14, August 22, 2010 (UTC)

I don't think he's the head of CRASH, either. It was never said that he was the head, and he's wearing just a regular LSPD uniform, with no visible differences to any other beat officer. I think he's just a regular beat patrol officer, who happens to be a member of the CRASH unit in the LSPD, who happens to be incredibly corruptible. MAINEiac4434 23:02, August 22, 2010 (UTC)

it dosent matter what his rank is he's still one powerful mother fuckerComflip 11:54, September 17, 2010 (UTC)

hes probly not but i can tell he is at least a high ranking guy in C.R.A.S.H

Hes not the first black antioganist,Lance Vance is.

when Tanpenny said he was going to get get drunk and get laid, does that mean he also has affiliations with prostitutes since many GTA characters who have wives always cheat on their wives, for example Kenny Petrovic.Rok198 07:32, August 14, 2011 (UTC) 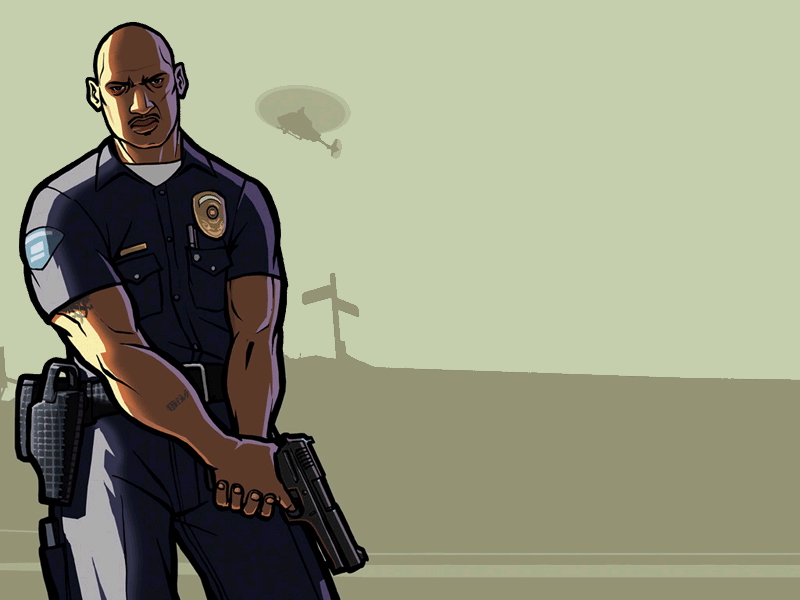 I agree that it is Frank Tenpenny in the beta. It looks nothing like Hernandez cause Hernandez isn't bald nor is his face oval-shaped.

So can I add this photo to the page? I think we can be sure on this fact because other GTA Wikis also state this and can be seen as reliable source in my opinion. Myth(Talk/Stalk) 17:09, September 13, 2015 (UTC)

I agree that the artwork should be placed on Frank Tenpenny's page, but I believe that the name of the image should be changed, as it is incredibly misleading. Also, is it really necessary to note that the beta artwork of Tenpenny resembles Dwayne Johnson? I find the information somewhat irrelevant, and I personally believe that it should be removed.
TAlim 1994 - Konan T-A Lim (talk | contributions) 02:36, October 4, 2015 (UTC)

The name of the image is "Artwork-FrankTempenny.jpg" now. The image was renamed before being put on the page. Myth(Talk/Stalk) 02:52, October 4, 2015 (UTC)

I did not notice that. I am glad to know that the bad name has been corrected. However, you have not mentioned how you feel regarding the note on how the artwork resembles Dwayne Johnson; could you please leave your comment? Thank you in advance.
TAlim 1994 - Konan T-A Lim (talk | contributions) 03:36, October 4, 2015 (UTC)

Now I'm writing some fan fiction about GTA: San Andreas, but I can't understand what Tenpenny invented. Why he ordered CJ to manipulate DA(555 We Tip), and kill informant(Badlands, Misappropriation)? What's the motive? And how could he know about them? Mr.Korean (talk) 00:19, June 22, 2017 (UTC)

Retrieved from "https://gta.fandom.com/wiki/Talk:Frank_Tenpenny?oldid=1001411"
Community content is available under CC-BY-SA unless otherwise noted.