Salvatore Leone: "We've messed around with Paulie Sindacco's car."
Toni Cipriani: "So what do you want me to do?"
Salvatore Leone: "Paulie's going to a meet with the Forellis - he's trying to broker a truce. Use the gear in the van to take control of Paulie's car and mess up the meet."
—Salvatore Leone tells Toni Cipriani about his sabotage plans.

Taking the Peace is a mission in Grand Theft Auto: Liberty City Stories given to protagonist Toni Cipriani by Leone Family Don Salvatore Leone from a public phone in the Liberty Campus district of Staunton Island, Liberty City.

Toni answers the public phone in Liberty Campus with Salvatore informing Toni that there is a van nearby and to phone him when he finds it. Toni heads to the hospital in Rockford and finds the van, calling Salvatore. Salvatore explains that Paulie Sindacco will be meeting members of the Forelli Family in an attempt to broker a truce. Salvatore's had men make alterations to Paulie's car, allowing Toni to control it. Paulie drives off from the Big Shot Casino in Torrington and as he approaches the meeting, Toni takes control of the car. Toni kills all the Forelli Family gang members with the car by running them over, thus assuring that the Forellis and Sindaccos do not broker a truce. After all the Forelli Family gang members have been killed, Paulie Sindacco runs off and one of the Forelli cars explodes.

The reward for completing the mission is $2,500 and the mission Shoot the Messenger is unlocked.

Salvatore Leone: Toni? Sal here. Get over to Belleville and find the public phone booth. I got something urgent needs doing. 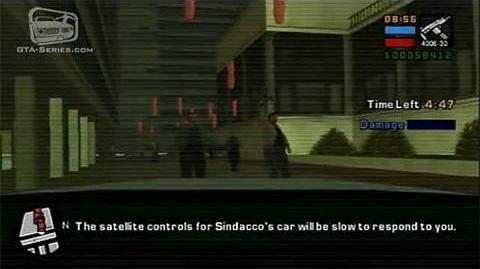 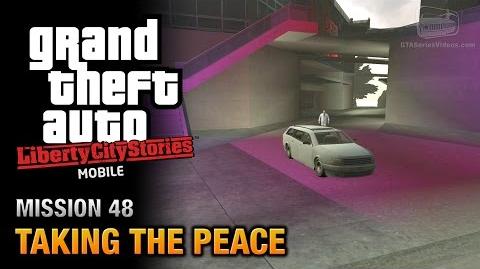