Rescue Maria from the Sindaccos

Shop 'til you Strop

In-game time
“So, listen, I wanna party, but the cupboard is bare. You got some sugar? Pure cane huh? Great. Ciao!”
— Maria Latore buying cocaine from the Sindacco Dealers

Taken for a Ride is a mission in Grand Theft Auto: Liberty City Stories given to protagonist Toni Cipriani by Maria Latore from her home in the Saint Mark's district of Portland, Liberty City.

Toni is required to give stop the Sindacco kidnappers by repeatedly ramming their car (but not completely destroying it), until the kidnappers exit the vehicle, to which point Toni may kill. After the kidnappers are dead, Maria rejoins Toni, hailing him as her hero, and asks that he drop her back off at her apartment. As they arrive, Maria asks if Toni could come in for "coffee", but Toni declines.

The reward for the mission is $500 and completing the mission unlocks the Booby Prize mission for Maria Latore. 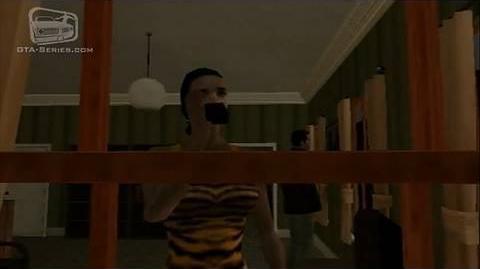 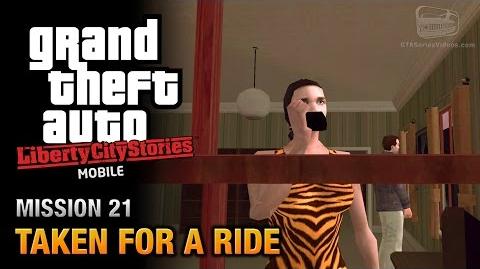