The Khanjali has the same durablility as the Rhino when it is not customized. However, the armor upgrades on the Khanjali can prove to be extremely, allowing the Khanjali to survive nearly twice as amount of explosives than the Rhino. One large advantage of the Khanjali over the Rhino is that it can reliably crush and drive over cars without them exploding due to the lighter weight, which won't cause self damage and allow the Khanjali to be used without having to worry about explosions from other cars crushed under the tank. 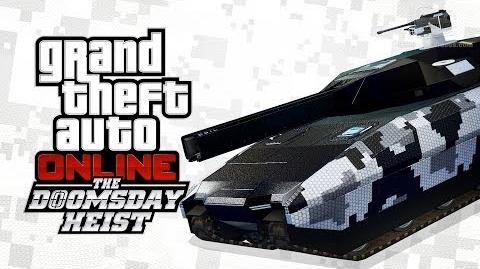 Retrieved from "https://gta.fandom.com/wiki/TM-02_Khanjali?oldid=1035109"
Community content is available under CC-BY-SA unless otherwise noted.