View source
watch 02:36
Wiki Targeted (Games)
Do you like this video?
Play Sound

Jizzy B. and T-Bone Mendez talking about the Loco Syndicate inside the Pleasure Domes Club

• ­Get to the ambushed van.

• ­Chase down the bikers and collect all the packages.

• ­Tap (whatever button the player uses in their settings) to snatch the package.

• ­Get the packages back to the Pleasure Domes.

In-game time
For the character of the same name, see T-Bone Mendez.
“What do you mean the shipment's been ambushed?! We can't just go out there T-Bone! It could be a DEA trap!”

T-Bone Mendez is a mission in Grand Theft Auto: San Andreas, given by the Loco Syndicate to protagonist Carl Johnson from Jizzy's Pleasure Domes in Battery Point, San Fierro.

Jizzy argues with T-Bone Mendez about Jizzy's cut with the Loco Syndicate. CJ arrives and he is introduced to Mendez, but Mendez discovers that a shipment of drugs has been highjacked by bikers.

The ambushed van is under the Garver Bridge. Acquire a Sniper Rifle. Don't get too close to the bikers or the chase will trigger. Snipe one of the members from a distance. CJ will be automatically teleported onto one of the bikes. The mission will not be failed, though. Now switch to the bike of the gang member who was sniped, acquiring his package. Two bikers will come from the right (north), get in their way and quickly grab their packages (LCTRL or equivalent). The lone biker left will be somewhere in the vicinity of Downtown to Paradiso. Chase him down and grab his package. Deliver the packages to the Pleasure Domes to pass the mission.

Carl Johnson about to collect one of the packages. 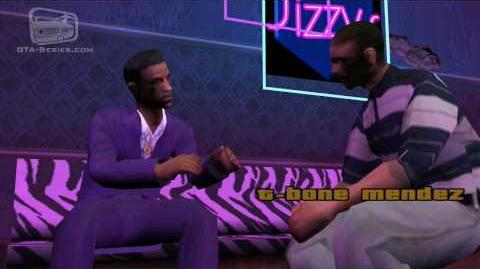 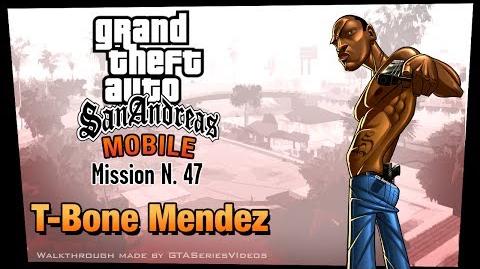 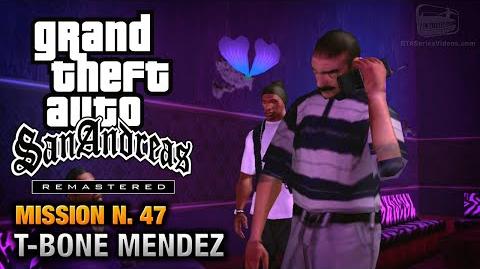