Standard White - 100%
“What's that you're saying - the Karin Sultan was already a classic? That might be true, but the Sultan Classic is both an evolution and a throwback. Something like the true essence of a high-octane four-door racer. It's a time machine to the late 90s when haircuts were bad, movies were good, gang warfare was everywhere and the sitcoms you stream were on TV. Get in, take a ride, don't look back.”
— Southern San Andreas Super Autos description.

The Karin Sultan Classic is a four-door sports sedan featured in Grand Theft Auto Online as part of the continuation of the The Diamond Casino Heist update, released on January 16, 2020, during the Sultan Classic Week event.

The vehicle assumes a more traditional design compared to the original Sultan, but it keeps the four-door layout and sporty appearance from its successor. The front bumper of the car features a rectangular mesh intake spanning about half the car's width and a central number plate mounted in front of it, while the outer sections have smaller intakes with unusable circular fog lamps. On the upper area, the car has a trapezium-shaped grille bearing the manufacturer logo on the centre, followed by silver/chrome housings with rectangular headlamps and small amber indicators. The bonnet is relatively simple, featuring two elevated lines starting from each side of the grille, slightly curving outwards as they approach the windscreen. The same also opens to reveal the engine bay and a strut brace.

On the sides, the car has concave shapes above the side skirts, as well as thin ridges passing through the doors, painted door handles, and rectangular marker lamps on the front fenders, near the front doors. The cabin area makes use of frameless doors with black fittings around the windows and painted mirror wings near the A-pillars, along with black lines separating the roof panel from the rest of the car.

On the rear, the car has a simple boot lid with silver lettering on each side and a spoiler mounted on top, while the outer sections have rectangular tail lamps with slight transparency, each one consisting of upper red lamps, lower white lamps and outer amber indicators. The bumper has ridged detail on the upper side and a dedicated section on the centre intended for the number plate, while a single titanium exhaust can be seen on the driver side, below the bumper. Its interior is the same used primarily on the Sultan, but featuring the Karin logo on the horn cap.

The vehicle's bodywork, engine cover and interior stitching are painted in a primary colour, while the mirror wings are painted in secondary. The stock wheels are identical to the "Apex" tuner wheels seen in Los Santos Customs, wrapped in low-profile tyres.

Acceleration and top speed are very good like any sports sedan car, but in terms of top speed, it is outclassed by most high end sports cars in the game, especially the Pariah, the Itali GTO and the Banshee 900R. Lowering the suspension makes the car prone to wheelspin, subsequently making it hard to control. Being an AWD car, it can do well in off-roading if the suspension is not upgraded.

The Sultan Classic is powered by a 6-cylinder, twin-cam engine fitted with twin turbochargers, which is stated to be a 3.5L engine. This engine is coupled to a 5-speed gearbox and powers all four wheels with equal torque distribution. Its engine sound is similar to that of the Sultan RS, with a slightly different pitch. A turbocharger sound is present by default, which become more noticeable with the "Turbo" upgrade. 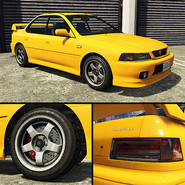 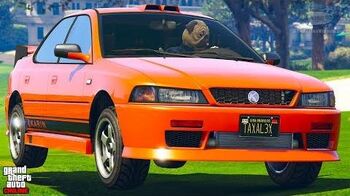 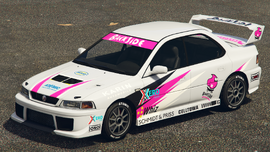 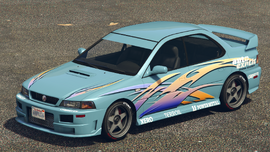