In-game time
“I like you, big boy. Maybe you can help. Maybe you can prove you a man. Huh? Take out the boat. Show me you got some big cojones, and not some little bitty chiquita ones.”
— Umberto Robina

Tommy Vercetti receives a call on the mobile phone he stole from Leo Teal from Umberto Robina. After he tells him that he killed Leo, Umberto suggests that he drive to the Café Robina in Little Havana. In the café, Umberto confronts Tommy and questions his masculinity. Tommy insults him right back, and Umberto tells him to prove himself by proving he can drive a boat.

Rico, a member of the Cubans, accompanies Tommy to watch him.

The boat must be driven through a series of checkpoints, including some sections through narrow canals, and a few ramps. Losing speed, lack of boat handling and patience can make Tommy lose time and eventually fail the mission. As some of the checkpoints are in the air above the ramps which requires the boat to be driven with enough speed, good handling and patience.

The checkpoint race must be completed in three minutes or the mission is failed. The mission is also failed if the boat is destroyed.

Auntie Poulet: Tommy, 'nuf dead man been chattin' about you, my dear. Thought you might need something to make you feel better. So Auntie Poulet make you some stew, aye? Come by me kitchen some time, ok Tommy?

The reward for completing this mission is $1,000 and the missions Cannon Fodder and Juju Scramble are unlocked. 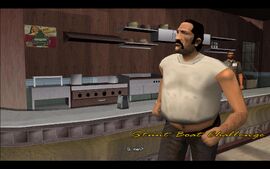 Tommy enters the Café Robina in Little Havana to find the man that called him approaching him immediately after seeing him enter. 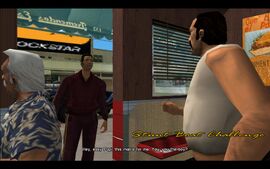 An older man wants to welcome Tommy, but the other man tells him to stay put and that he'll handle him. 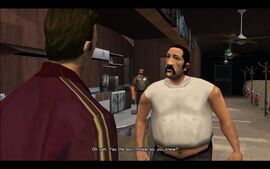 The man asks Tommy if he's "the boy" and says that he thinks he is. 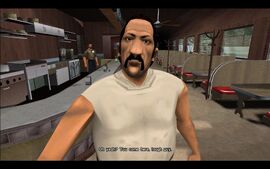 Tommy says that he thinks the man has mistaken him for someone else, but the man is having none of Tommy's excuses. 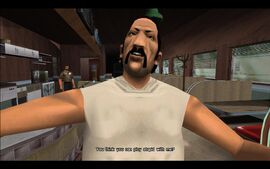 He asks Tommy if he actually thought he could get away with playing stupid with him. 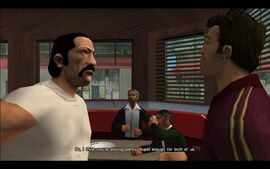 Tommy tells the man that he doesn't have to play stupid at all, since the man's stupidity is enough for both of them. 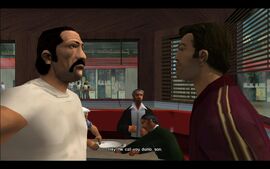 The older gentleman tells the man that Tommy just called him stupid. 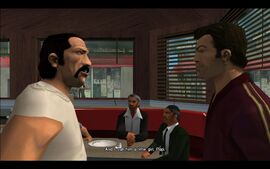 The man responds by calling Tommy a little girl. 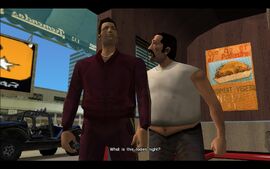 The man finds Tommy's attire laughable and compares it to women's clothing. 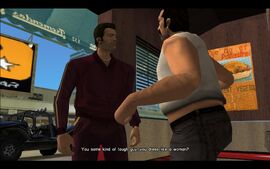 The man finds it funny how Tommy considers himself a tough guy, but wears women's clothing. 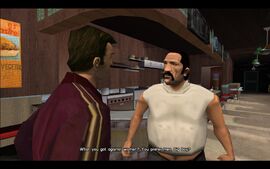 Tommy asks the man why he finds something being womanly such a bad thing, and asks if he prefers men over women. 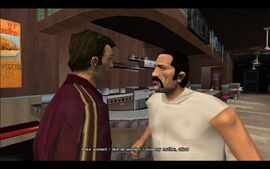 The man takes great offence at this and says that he loves women and his mother. 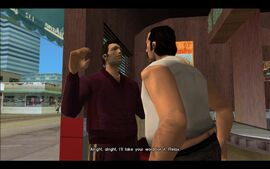 Tommy steps down of the argument. 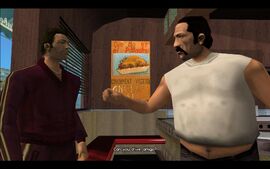 The man asks Tommy if he can drive and maybe help out his gang. 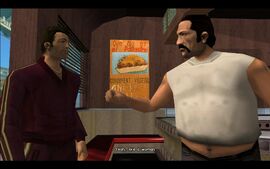 Tommy answers saying that he can drive "like a woman" referencing the man's previous insults. 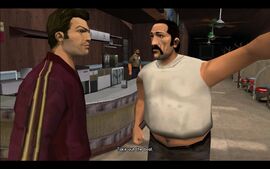 The man says that he likes Tommy and finds his jokes funny, before telling him to go to a small dock in Leaf Links and prove his worth by driving a boat. 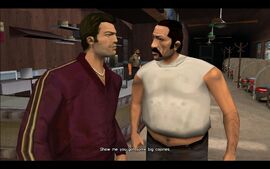 The man says that Tommy is going to prove his masculinity with this challenge. Tommy then walks out to go to the dock, while the man returns to his duties. 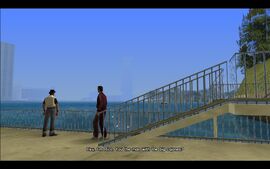 Tommy arrives at the dock and is met by a Cuban gang member. 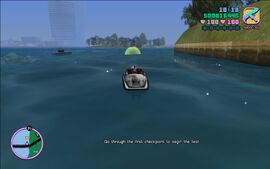 The beginning of the checkpoint course. 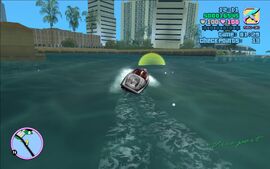 The middle of the course. 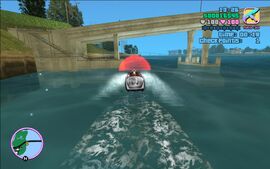 The ending of the course. 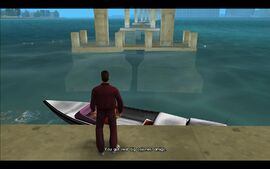 The Cuban gangster tells Tommy that he was impressed by Tommy and sails off. 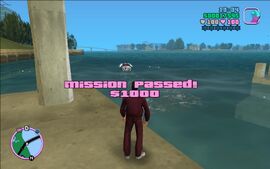 Tommy meets Rico at the bridge to begin the challenge. 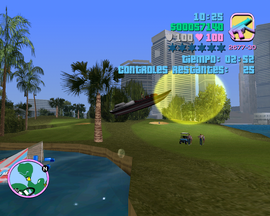 The boat going through a checkpoint at Leaf Links golf club with Tommy Vercetti and Rico on board.