"Fires a projectile that administers a voltage capable of temporarily stunning an assailant. Takes approximately 4 seconds to recharge after firing."
―Grand Theft Auto V description on Ammu-Nation and Social Club.

The weapon was originally set to feature in Grand Theft Auto: Vice City, but was removed. Its model can still be found in the PS2 game files under stungun.dff and stungun.txd names, assuming a generic bar-like item.

"Gun shy, but trigger happy? Get excited. Get delirious. Get all the pain compliance you need with this 'non-lethal' weapon."
―Description in Grand Theft Auto: Chinatown Wars.

In Grand Theft Auto: Chinatown Wars, the Teaser assumes a design similar to that of an X26 Taser, with a pair of probes that attaches to the target when used. It is considered a melee weapon, but acts much like a handgun.

In Grand Theft Auto V, the Stun Gun is remminiscent of a M26 Taser, acquiring a pistol-like design and is placed in the "Pistols" slot of the Weapon Wheel.

In the enhanced version of GTA V, the Coil logo on the handle is visible.

The Teaser launches a small wire which attaches to the target and sends a continuous electric charge into them. It has a power meter, which starts at 100, and is depleted with use; it recharges while idle. If a victim is shocked by it for long enough, they will catch on fire and will eventually die, and the player will immediately gain a one-star Wanted Level.

The Stun Gun can shock victims with thousands of volts of electricity and then leave them incapable of getting up, lying on the ground and eventually pulling out a pistol if they have one. Usually, Stun Gun victims do not survive, however in some cases such as street criminals, after being shocked they will get up as if nothing happened. In the first-person, there is an electronic gauge below the sights of the Stun Gun that indicates if it has power or is recharging.

The Stun Gun can also be used as a Drive-By weapon (since it is classed as a handgun), though the low damage, low fire rate and short range limits its usage to just stunning NPCs on the streets with the car parked near them. Despite it being a Stun Gun, it is capable of being used to shoot out non-bulletproof vehicle tires and to kill people.

Because of console's limitations to make the weapon with an infinite ammo clip, files lists it as having an absurdily large ammo size, often impossible to reach by normal means and coded with the "infinite ammo" flag, likely to avoid the character having to "reload" the weapon as with a basic handgun. 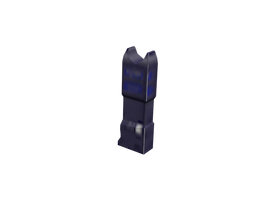 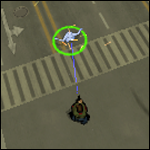 Retrieved from "https://gta.fandom.com/wiki/Stun_Gun?oldid=1140616"
Community content is available under CC-BY-SA unless otherwise noted.