12:00
“You did good pluggin them leaks but it aint over yet, partner. We got the copies, but Dr. Dre's phone is still out there being played by who knows who. While we crack this, you better go see the man himself.”
— Mission description.

Studio Time is a VIP Contract mission featured in Grand Theft Auto Online as part of the The Contract update.

During the first playthrough, the Protagonist returns to the Agency and heads straight to the Operations level to meet Franklin, Imani, and Dr. Dre as they work on finding the source of all the leaks. Lamar walks into the room complaining to Franklin about his ruined sample, but stops dead in his tracks when he notices Dr. Dre and insistently tries to convince him to promote LD Organics despite the rapper's obvious lack of interest. Franklin asks Lamar to stop pestering them while Imani announces to the group that she found the man behind the leaks: Jonathan Henderson (a.k.a, Johnny Guns), a producer from WesLos Records who holds a long-time grudge against Dr. Dre over a royalties conflict from the 1990s. Angered by this turn of events, Dr. Dre makes a threatening phone call to Johnny Guns while Lamar unsuccessfully attempts to butt in and resume his promotion "deal".

Later outside the Agency, Franklin will call the player to ask them if they can return Dr. Dre's car to the Record A Studios. The player must then return to a corona outside Franklin's office in the Agency to start the mission.

The player is initially tasked to drive Dr. Dre's Champion to the studio, but as they approach the location, Franklin calls the player in panic informing them that Johnny Guns has sent his men to attack the studio and asks for the players' help to defend the studio.

As the player arrives, Johnny's hired gunmen have already overrun the studio and are holding its occupants hostage. The player must fight multiple waves of hired gunmen outside then head inside to eliminate the rest of the enemies before checking on Dr. Dre and Jimmy Iovine who are held inside the control room.

Shaken up by the shootout, Jimmy tries to convince Dr. Dre to evacuate the studio, but the latter insists on staying and invites everyone to stay, grab a drink and have a good time as an act of defiance against Johnny Gun’s intimidation. After inviting several other artists and getting DJ Pooh to clear up the studio of dead bodies, Dr. Dre, along with Anderson .Paak, conclude the mission with a live recording of an improvised song for the guests. 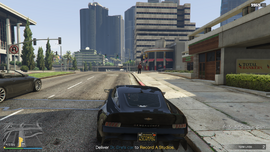 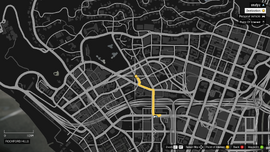 Location of the studio. 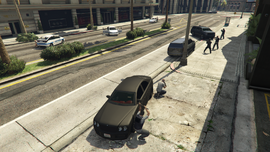 The firefight between Johnny's hired gunmen and security guards outside Record A Studios. 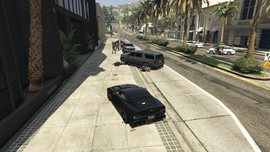 The player arrives to the shootout in the Champion. 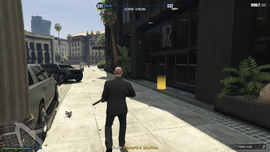 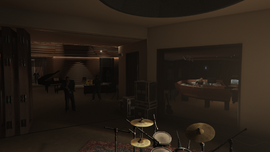 Gunmen inside the studio recording booths. 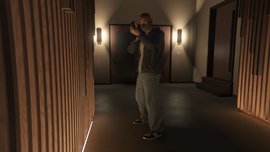 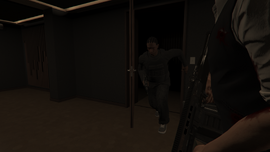 A gunman entering through a side door. 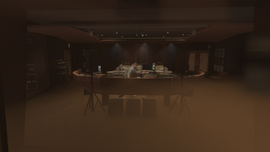 Dr. Dre under siege in the Control Room. 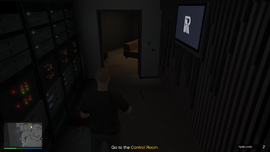 Go to the Control Room. 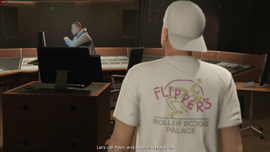 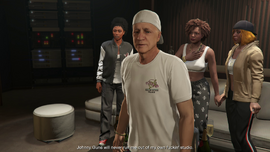 Jimmy and the Unnamed Party Girl and her friend. 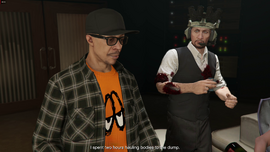 Pooh complains about the time it took him to clean up. 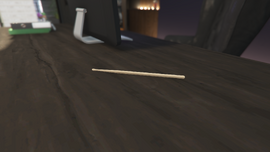 Anderson .Paak's drumstick in the player's Agency office after completing the mission. 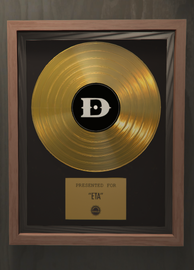 Gold record of "ETA (feat. Anderson .Paak, Snoop Dogg, & Busta Rhymes)", the song produced live at the end of the mission, in the player's office after completing the mission.