Stop the Press is a mission in Grand Theft Auto: Liberty City Stories given to protagonist Toni Cipriani by Donald Love from a flophouse in Pike Creek, Shoreside Vale, Liberty City.

Donald tells Toni that a reporter saw them killing Avery and has photos. Toni decides to get them and drives to the church in Bedford Point on Staunton Island. There Toni finds Ned Burner, who had posed as the reverend and employed Toni. Toni threatens Ned (either by beating him up or targeting him with a gun), and Ned eventually agrees to give Toni the photos. Toni drives Ned to his lock-up at the Liberty Tree building in Bedford Point to retrieve the photos. However, Ned hands Toni a camera, which flashes and briefly blinds him, allowing Ned to escape on a Faggio. Toni then chases and kills Ned.

The reward for completing the mission is $2,000 and the mission Morgue Party Resurrection is unlocked. 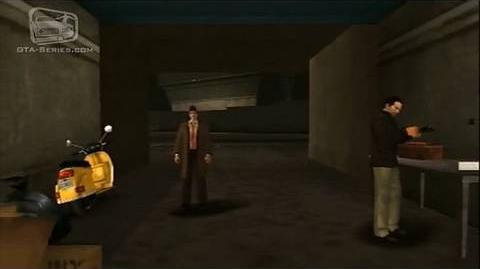 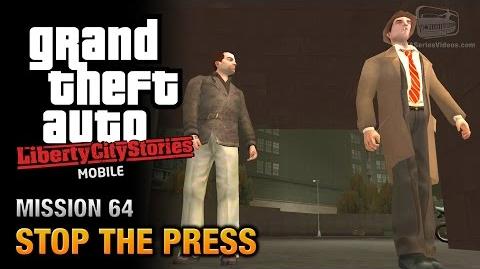