Campaign for Donald Love by driving to various marginal vote areas, gaining at least five marginal areas before the two vans that are campaigning for Miles O'Donovan take all of the votes, and then destroy the two vans to prevent them from taking anymore votes

In-game time
“O'Donovan's campaigners are working those marginal seats hard. Well we've got our own bandwagon, so get out there and spread the word!”
— Donald Love

Steering the Vote is a mission in Grand Theft Auto: Liberty City Stories given to protagonist Toni Cipriani by Donald Love from the Jefferson Street Credit Union Building in the Torrington district of Staunton Island, Liberty City.

Toni drops by Love's in-construction building in Bedford Point, with Love informing Toni that the vote between him and Miles O'Donovan is going down to the wire. Love tells Toni to go out and campaign for him, using a Campaign Van outside. Toni enters the campaign van, and drives to various marginal vote areas, campaigning for Love. Toni goes against two vans driving campaigning for O'Donovan, and eventually gains five marginal areas. Toni then destroys the two O'Donovan campaign vans to complete the mission.

The reward for completing the mission is $1,500 ($1,700 if the player grabs all 9 vote areas) and unlocks the mission Cam-Pain for Donald Love. 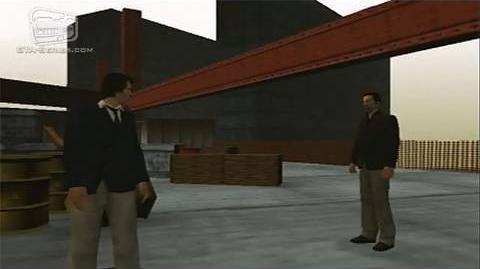 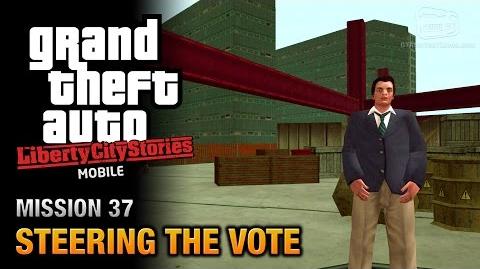