GTA Wiki
Register
Don't have an account?
Sign In
Advertisement
in: Vehicles, Vehicles in GTA IV, Trucks,
and 2 more
English

The Vapid Steed is a box truck featured in Grand Theft Auto IV.

The Steed closely resembles a 1992-1996 Ford Econoline delivery truck with fully-amber turn signal lights from the 2003-2007 E-Series, and as such may be seen as a "successor" of the 3D Universe Mule, which was also depicted as a Ford E-Series box truck (since the Mule reappears in the HD Universe alongside the Steed; however, it is based on the Isuzu Elf).

The front of the vehicle features a black bumper with a dedicated central section for the license plate (with the plate itself being notably smaller than the rest of Liberty City's license plates). The upper area consists of a black rectangular grille with four horizontal and five vertical elements, together with a set of inner headlights and outer turn signals. The hood has a slanted shape and bears the Vapid logo on the front end. The cabin has vertical door handles and square-shaped mirror wings with a black finish, along with silver "V8" badges at the bottom.

The rear section mainly consists of the cargo box, which features various marker lights on the front and rear ends, as well as mudguards for the rear wheels. The rear end has two large cargo doors with silver badging on the driver-side one, and an extended section with a warning strip in the center, and two reverse lights on each side. The brake, main and turning lights are mounted on a rear guard seen below the truck, while the license plate is placed between these tail lights. The chassis has two battery/storage boxes and a single exhaust pipe below, which ends between the boxes and the rear axle.

The Steed is seen in two possible color combinations, consisting of a primary one for most of the vehicle and a secondary one for the lower portions of the cargo hold and the rivets on the side walls; the first one is an all-white color, while the second one is a grayish white primary color with a dark grey/black secondary. The Steed is available either in blank or in one of six liveries: 24/7 Supermarkets, Krapea, Liberty Tree, Logger Beer, Raine, or Üder Milkén. Optionally, graffiti marks can be seen on any of these versions. It uses industrial wheels with a similar design to the ones seen on vehicles such as the Benson, the Mule and the Phantom.

The Steed, like most large vehicles, has poor acceleration and handling, but it has a very good top speed for a vehicle of its size. The braking is also very good. Despite its height, the Steed does not tip over easily.

The vehicle is stated to be powered by an intercooled V8 engine, although its current engine model is that of a turbocharged Inline-4. Said engine is coupled to a 5-speed gearbox in a rear-wheel drive layout. Its engine sound is similar to vans such as the Burrito, the Pony and the Speedo. 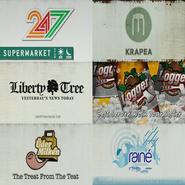 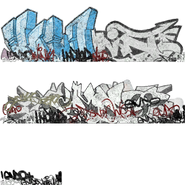 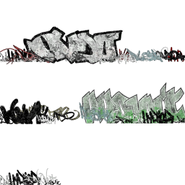 Inside the rear of the Steed in Grand Theft Auto IV.