GTA Wiki
Register
Don't have an account?
Sign In
in: Streets, Highways, Streets in GTA IV,
and 7 more
English

Union Drive East in The Exchange

Union Drive West in The Exchange

South Parkway is an east-west highway in Grand Theft Auto IV, serving as the border between the neighborhoods of The Exchange (north) and Castle Gardens (south), Algonquin.

South Parkway appears as a two-way highway with two lanes of traffic flowing in either direction, separated by grass land. It has several intersections with Algonquin's north-south Avenues and ends on either side of the borough, Union Drive East and Union Drive West.

It can be noted that the road is divided between two neighborhoods of Algonquin; the northern half of the road is considered as part of The Exchange, while the southern half is part of Castle Gardens.

The road is home to numerous high-rise buildings and skyscrapers, including the South Parkway Building, South Parkway-Albany Avenue Building and Goldberg, Ligner & Shyster Building. On the southern side of the road, the Castle Gardens surround the entrance to the Castle Tunnel.

The road is also home to the Castle Gardens LTA subway station, which runs on the Algonquin Outer Line (J/A), located just outside the South Parkway-Albany Avenue Building. 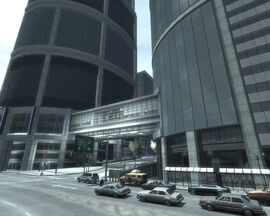 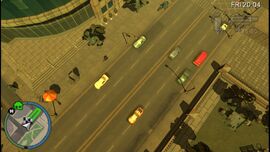