Tom Sizemore
“Times are changing. The families can't keep their backs turned while our enemies reap the rewards. So, we send someone down to do the dirty work for us and cut ourselves a nice quiet slice. OK?”
— Sonny Forelli

Sonny Forelli is an Italian-American mobster and the Don of the Liberty City-based Forelli crime family as of 1986. A friend and the boss of GTA Vice City protagonist Tommy Vercetti, Sonny sends Vercetti to Vice City, wishing to establish drug trade businesses there.

Sonny was born into the Liberty City-based Forelli crime family, an Italian-American mob. Sonny joined the family's ranks, eventually rising to power at a young age. Under Sonny's reign, the Forellis became the most powerful crime organization in Liberty City, with Sonny having a major influence in the business of racketeering, gambling, union trouble, corruption and prostitution in the area.

Prior to the 1970s, Sonny became a friend and the boss of fellow mobster Tommy Vercetti, employing Tommy as his hitman. However, due to Tommy's rising reputation and power in Liberty City's underworld, the Forelli Don became disdainful and jealous towards Tommy.

In 1971, Sonny sent Tommy to Harwood to assassinate a key mobster. However, when Tommy arrived, he found himself surrounded by eleven hitmen. Despite being outnumbered, Tommy managed to kill all the hitmen, but was arrested and convicted of eleven counts of murder. Unbeknownst to Tommy, the eleven man ambush was ordered by Sonny himself. Due to Sonny and the Forelli Family's connections, Tommy was spared the death penalty or life imprisonment, instead being sentenced to fifteen years in prison.

“Vice City is twenty-four carat gold these days. The Colombians, the Mexicans. Hell, even those Cuban refugees are cutting themselves a piece of some nice action.”
— Sonny, regarding Vice City, "In The Beginning...."

By 1986, the Forellis are still the most powerful organization in Liberty City, with Sonny wishing to enter the family into the drug dealing business. Due to Tommy being released from prison the same year, Sonny decides to send him to Vice City, wishing to have Tommy establish a drug trading business in the city while also keeping him far away from Liberty City, believing his presence in the city would hamper the family's business.

Ken Rosenberg, a Vice City-based lawyer who works for the Forellis, organizes a drug deal between the Forellis and Lance and Victor Vance, with the assistance of retired colonel Juan Cortez. Sonny sends Tommy and two Forelli associates, Harry and Lee, to conduct the deal in Viceport. However, the deal is ambushed by some hitmen hiding in a nearby compound who open fire on the group. Harry, Lee and Victor are killed, while Lance, Tommy and Ken flee, abandoning the cocaine and the money.

Shortly afterwards, Tommy contacts Sonny from the Ocean View Hotel and informs him of the botched deal. Sonny is furious as Tommy also lost the money, but Tommy promises to find and punish the people responsible for the ambush. Sonny agrees to let Tommy find out who was responsible, but warns Tommy not to make a fool of him.

While Tommy continues searching for the suspects related to the drug deal, Sonny remains in contact with him. Throughout Tommy's time in Vice City, Sonny contacts him three times. In his first call, after Tommy has intimidated juries who were on Sonny's cousin Giorgio's case, Sonny merely reminds Tommy to find the stolen money, while also warning him about being a potentially unreliable person.

Tommy eventually finds out that drug baron Ricardo Diaz was the man who ordered the hit on the drug deal, and kills him, slowly becoming the new crime lord in Vice City. After hearing about Tommy's latest actions while the latter didn't inform him of finding out and killing the man responsible, Sonny calls him again, warning him not to forget about the Forellis.

Irritated at Tommy for ignoring the Forellis, not giving them a cut from his businesses, and not even repaying his debt, Sonny calls Tommy again, furiously questioning him over his actions and lack of contact with the family. Sonny also threatens to have Ken's family killed.

Arrival in Vice City and death

Tommy: "You took fifteen years from me Sonny... And now I'm gonna make you pay!"
Sonny: "You still don't get it do you! I own you, Tommy. Those fifteen years were mine to spend! Get him boys, he never understood a thing."
―Tommy and Sonny shortly before their final showdown, "Keep Your Friends Close..."

Tired of waiting for Tommy to pay him from his cuts, Sonny sends his men over to Vice City to collect taxes from various assets and businesses owned by Tommy, beginning with the Print Works managed by Tommy's associate Earnest Kelly. However, Tommy learns of the Forellis' actions shortly afterwards, and eliminates Sonny's men, finally openly revealing his unwilling to pay the Forellis, while also proclaiming that Vice City is his, not Sonny's.

Around this time, Tommy's associate Lance Vance, who has become very disillusioned with Tommy due to receiving little to no credit from him, is contacted by Sonny, who manages to have Lance turn his back on Tommy.

Anticipating Sonny's arrival in Vice City, Tommy prints counterfeit cash which he aims to give to Sonny. Upon Sonny's arrival at the Vercetti Estate and after a somewhat hostile exchange of words between Tommy and Sonny over their ruined friendship and business, Lance reveals his alliance with Sonny, and the location of Tommy's real money in the safe in the mansion's office.

A massive gunfight begins between Sonny's men and Tommy, although Sonny chooses to stay out of it initially. After killing Lance on the estate's roof, Tommy confronts Sonny at his mansion's entrance. With Sonny's confirmation that the Harwood incident was indeed an ambush orchestrated by him, Tommy engages in a final shootout with the Forelli Don and his men, concluding in Sonny's death.

“Ever since Sonny Forelli got himself pasted all over Florida, you think you run things in this town.”
— Salvatore Leone to Johnny Sindacco.

Sonny's demise marks the beginning of the Forelli crime family's downfall. His death is noted by Leone crime family Don and fellow mobster Salvatore Leone to have dealt a severe blow to the Forellis, enough to let the Sindacco crime family gain power in Liberty City by the 1990s. By 1998, a film titled "Sonny Forelli: A Real Story" is advertised in Liberty City.

Sonny is shown to be a power-hungry, impulsive, ruthless and short-tempered man, becoming furious when things don't go in his way or get delayed, as shown through his phone calls with Tommy, where he eventually lost his temper and yelled at Tommy as his patience began to slowly decline.

He is willing to do anything to obtain more power, influence and money for himself and his organization, going as far as planning to begin drug trade businesses, despite it's traditionally being a red area for the Liberty City mafia families. He also had no problem of betraying his friend and ally Tommy in 1971, simply out of jealousy and possible paranoia over the latter's rapid rise in reputation.

Despite his greed, Sonny appears to be a strong, charismatic and manipulative leader, and during his reign as a Don the Forelli crime family was the most powerful crime organization in Liberty City, while his successors never achieved the same power or influence as he had. His charisma and manipulation also helped him in converting Lance Vance to his side, after the latter felt he was unappreciated by Tommy.

Sonny is a man of average size, who appears to be a bit overweighted. His skin tone is fair, while his eyes are teal and his hair is dark brown, short and combed backwards. In GTA: Vice City, Sonny wears a dark blue sport coat, animal print shirt, white dress pants and black shoes. In his official artwork, Sonny is seen wearing a pink business suit, and sunglasses. 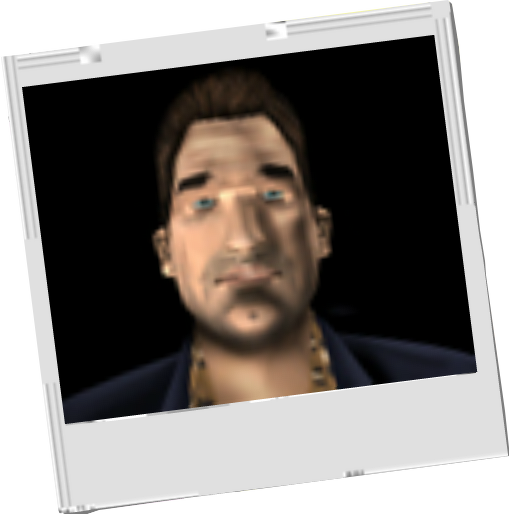 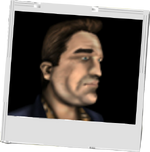