In-game time
“We can use JD to get the drop on Sindacco plans, he's gonna be our boy on the inside. There's just one thing; he's being sat on by some Sindacco ape. I want you to remove this little obstacle, and get JD on our side. Capisce?”
— Vincenzo Cilli

Snuff is the fourth mission in Grand Theft Auto: Liberty City Stories given to protagonist Toni Cipriani by Vincenzo Cilli from his warehouse in Atlantic Quays, Portland, Liberty City.

Toni drops by Vincenzo's warehouse in Atlantic Quays to get some more work. Vincenzo informs him that Joseph Daniel O'Toole (JD) wants to leave the Sindacco Family and join the Leone Family. Toni is at first dismissive of the idea, but Vincenzo informs him of plans to use JD as an inside man. Toni drives to Ammu-Nation to purchase a weapon.

Toni goes to the construction site Hepburn Heights run by the Sindacco family and kills a number of Sindacco family gang members. They are in two groups: one next to the high-rise apartment building and a second on the other side of a tunnel. Toni then kills a high-ranking Sindacco family henchman by his car. Toni then collects the thug's cell phone.

Toni receives a phone call from JD, who had filmed the entire thing. JD is happy that Toni is there and that he will soon be joining the Leone family. Toni reminds JD that he owes him money, and JD tells him to use the Sindacco's car as a deposit. Toni takes the car to the Pay 'n' Spray in Red Light District and has the car re-sprayed to complete the mission.

The reward for completing the mission is $500. The Pistol becomes available for purchase at the Ammu-Nation store for $240. The missions Smash and Grab for Vincenzo Cilli and Bone Voyeur! for Joseph Daniel O'Toole become available. The Hellenbach GT is also a reward, since you can take it to your garage or cruise around with it. A phone will also be available.

The Sindacco whom Toni must kill. 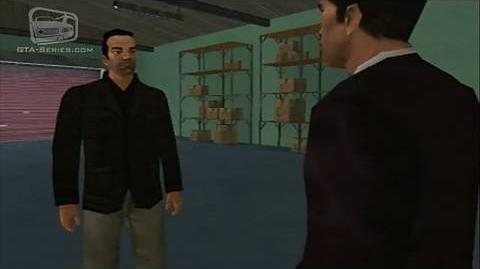 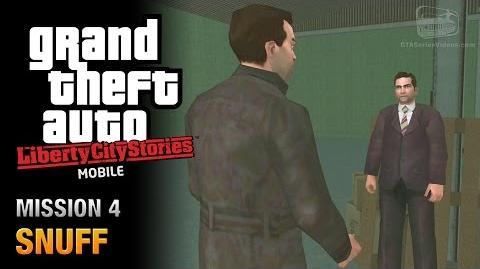