Lance: "This guy's a dealer who's getting out of the business. He's getting us a file about this big shipment coming in."
Vic: "How much is this gonna cost?"
Lance: "You've got to speculate to accumulate. We're Yuppies now, bro..."
—Lance and Victor Vance

Snitch Hitch is a mission in Grand Theft Auto: Vice City Stories given to protagonist Victor Vance by his brother Lance Vance from his hotel room in Downtown, Vice City.

Lance is on the phone when Victor suddenly comes in and smashes the phone on the floor. Angrily he threatens Lance just as their mother, Janet Vance appears with her boyfriend, Javier. After a brief argument inside, Lance tells Victor about some "files" about the big shipment coming to the city at the Escobar International Airport. Once inside, Lance meets the guy with the files who informs them of having sold it to someone else. The one with the files is soon leaving with a plane at the airport. Lance and Victor make their way to the airport and kill all the guards as Lance goes inside the plane he finds the files and a lot of other "stylish" stuff. Victor kills all the attacking Bikers and the mission is complete.

The reward for completing the mission is $1,000 and if the player has completed the mission The Bum Deal, unlocks the mission From Zero to Hero. 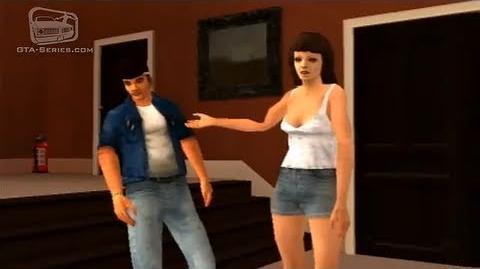