Take a picture of Giovanni Casa in diapers

Snappy Dresser is the first mission in Grand Theft Auto: Liberty City Stories given to protagonist Toni Cipriani by his mother at his Momma's Restaurante in Saint Mark's, Portland, Liberty City.

The mission begins with Ma Cipriani complaining to Toni that he never called and comparing him to Giovanni Casa, a delicatessen owner in Chinatown. Toni decides to prove to his mother how perverted Casa is and goes to his apartment in Saint Mark's to pick up his camera.

Toni drives to Casa's deli and sees him pick up two prostitutes (one called Mona Lott), and follows them as Casa drives to a secluded area in Callahan Point. Casa then changes into a diaper and begins to chase the startled prostitutes. Toni takes a picture of Casa, who realizes someone is watching and makes a quick escape.

Toni goes to Ma's restaurant with photographic evidence of Casa's perversions and hoping to gain some approval from his mother. However, the whole act backfires at him as his mother wonders if that's how Toni spend his time taking inappropriate photos of men and still retaining a good opinion about Casa.

The reward for passing the mission is $100 and unlocks the next mission from Ma Cipriani, Big Rumble in Little China.

Toni Cipriani taking a photograph of Giovanni Casa in a baby. costume with Mona Lott and another prostitute in the background.

Giovanni Casa in his baby outfit. 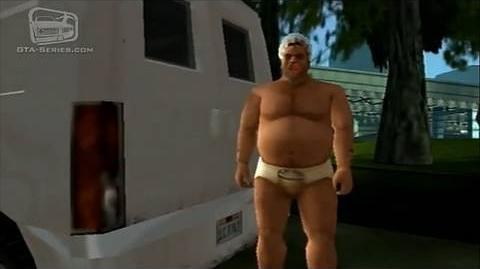 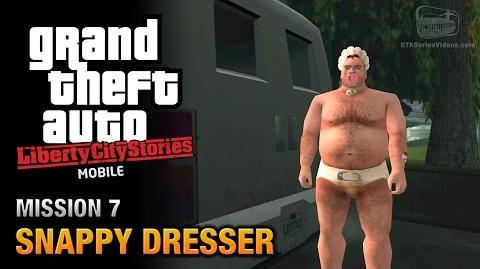