"The Snapmatic photo-sharing app available from your in-game iFruit phone in GTAV and GTA Online makes it a cinch to snap and share that picturesque view from the peak of Mount Chiliad, the fifty car pile-up you engineered on the road to Fort Zancudo, that wild fistfight you stumbled into between Piswasser'ed derelicts at the local 24-7, or any of the creepy, leering pictures you took of the hard bodies at Vespucci Muscle Sands. Rockstar Games Social Club members can upload photos from their in-game iFruit phone to a special Snapmatic page at the Social Club website and add hashtags or share out to other social networks like Twitter and Facebook."
— Rockstar Games description. 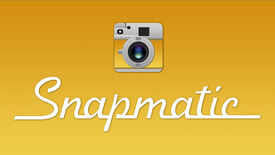 It is likely based on Instagram, an online photo-sharing, video-sharing, and social networking service. The logos are similar as well. The name may be a parody of the photo messaging application Snapchat. Or perhaps both of the apps.

Players can use Snapmatic via the in-game phone to take and upload pictures to the Social Club (You must have a Social Club account to save photos). Just like Instagram, players can "hashtag" (#) their photos on the Social Club site. For example, one may type "#LosSantos". As of December 24, Snapmatic has received brand new features, including depth of field adjustment, filters, and even a meme-maker, which makes it even more like Instagram.

Occasionally, there will be Snapmatic photo contests held on the Social Club. These contests have a certain theme, and the prizes for winning range from money gifts in-game to real-life souvenirs. Users can enter these contests by hashtagging their pictures with a certain phrase (#ThanksCargobob for example).

PS4, Xbox One and PC version

Player taking a selfie in GTA Online.
Add a photo to this gallery 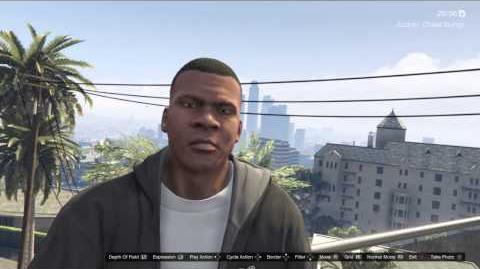 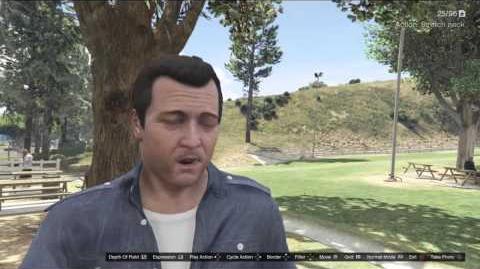 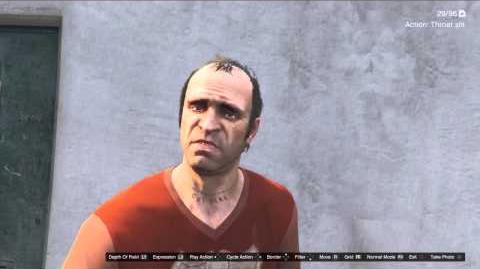 #VinewoodHills.
Add a photo to this gallery 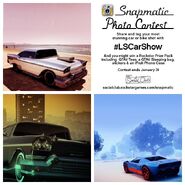 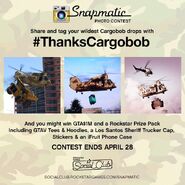 #FlightSchool.
Add a photo to this gallery

Retrieved from "https://gta.fandom.com/wiki/Snapmatic?oldid=1310371"
Community content is available under CC-BY-SA unless otherwise noted.