The police surrounding the Leone Family mobsters at the AMCo. Petrol Station in Harwood

In-game time
“Some of our boys have screwed up a simple, no-brain, fucking job. Lousy bastards can't even pull off a simple raid.”
— Vincenzo Cilli

Smash and Grab is a mission in Grand Theft Auto: Liberty City Stories given to protagonist Toni Cipriani by Vincenzo Cilli from his warehouse in Atlantic Quays, Portland, Liberty City.

Toni drops by Vincenzo's warehouse in Atlantic Quays to get more work. Vincenzo is once again not happy to see Toni, since he is furious about three members of the gang who have messed up a 'simple' job at the AMCo. Petrol Station in Harwood. Toni pokes fun at Vincenzo, who then sends him to rescue the gang from the Liberty City Police Department officers.

Ma Cipriani: Toni? It's your Ma! How long have you been back in town? How come you don't come and see me? What's wrong with you? I'm your mother for her holiness'-sake! Come on. 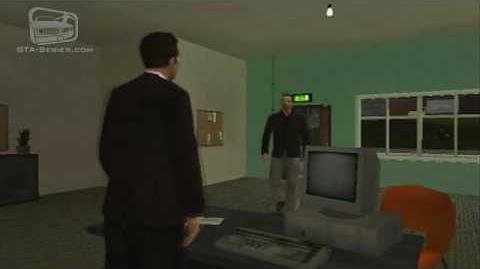 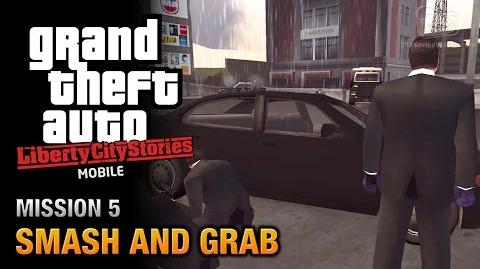