View source
This article is about the mission in GTA III, for missions in other games see Smackdown.

In-game time
“Yardie pushers line Liberty's streets selling packets of SPANK like they were selling hotdogs! Those Cartel pigs are laughing at us, at me! I will give you one last chance to prove my sister's faith in you to be well founded! Run these scumbags into the ground and wash your shame in rivers of our enemies' blood!!!”
— Kenji Kasen

Smack Down is the final mission in Grand Theft Auto III given to protagonist Claude by Yakuza co-leader Kenji Kasen from his casino in the Torrington district of Staunton Island, Liberty City.

Kenji is furious in finding out that, even after the Yardies are framed for the murder of numerous Colombians, they are still able to convince the Cartel to ally with them. Kenji dispatches Claude to kill as many Yardie SPANK pushers as he can find.

By killing eight dealers (the minimum number to pass the mission), the player receives $10,000. Each additional kill adds $1,000 to the base reward. 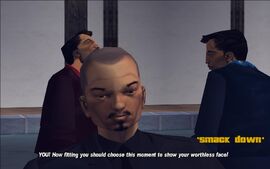 Claude arrives at Kenji's Casino in Torrington. Kenji wastes no time and immediately berates Claude for failing to end the business relationship between the Colombian Cartel and the Yardies. 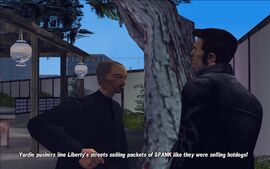 Kenji tells Claude that Yardies are pushing SPANK in the streets as if they were hot-dogs. 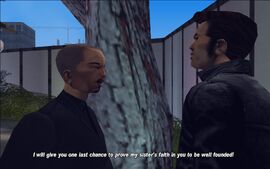 Kenji tells Claude that he will give him the last chance to prove Asuka's claims of Claude being an efficient killer. 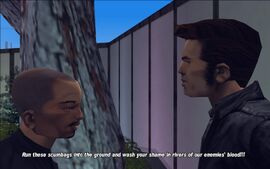 Kenji tells Claude to eliminate at least 8 Yardie SPANK dealers and cleanse himself of shame. 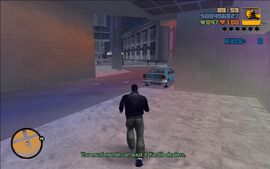 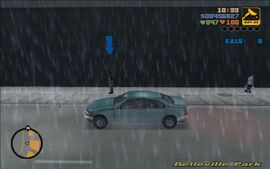 Claude, about to perform a drive-by on the first Yardie dealer he came across. 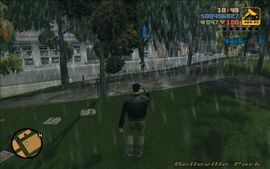 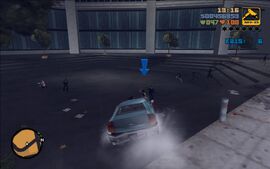 Claude killing the seventh Yardie dealer he came across. 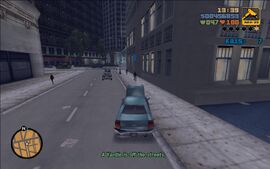 Claude, about to run over the eighth and final Yardie dealer he could find. 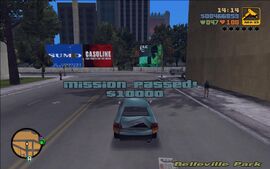 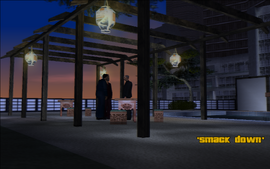