Take the Leone Dealer to Chinatown

In-game time
“We've got a dealer, working our North Chinatown patch. The lazy bastard ain't bought any cash in, in days. Maybe he needs some encouragement to get off his ass and do some work.”
— Vincenzo Cilli

Slacker is the second mission in Grand Theft Auto: Liberty City Stories given to the protagonist Toni Cipriani by Vincenzo Cilli from his warehouse in Atlantic Quays, Portland, Liberty City.

Toni arrives at Vincenzo's warehouse in Atlantic Quays, where Vincenzo informs him of a dealer who has not been working the Leone patch in Chinatown. Vincenzo also says that there are "parallels" between them, indirectly calling Toni a "chicken-shit". Vincenzo sends Toni to find the dealer and take him to his patch.

Toni finds the dealer in Saint Mark's, opposite Salvatore Leone's Gentlemen's Club. The dealer makes excuses for not working, which Toni ignores. Toni takes the dealer to Chinatown, where the dealer finally admits he is scared of being killed by members of the Sindacco Family, who have taken the area over.

The reward for completing this mission is $100 and the mission Dealing Revenge is unlocked. 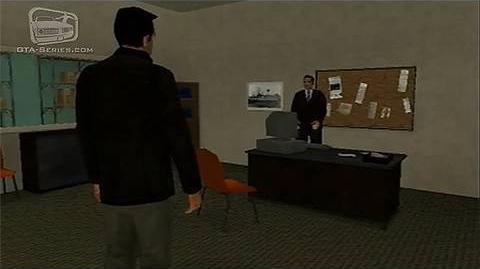 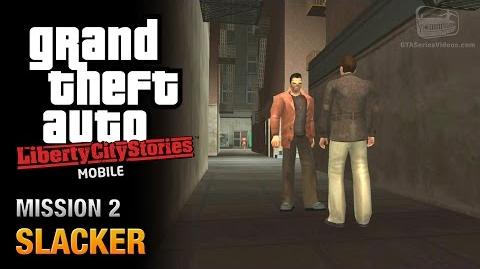