Toni Cipriani outside Salvatore Leone's home, about to go to the Red Light District and Hepburn Heights to attack the Diablos

In-game time
“What's the world coming to? We got the Diablos crawling all over us in Hepburn! They're kicking our asses! We just finish one God-damn war and BANG! We're right in the middle of another! I swear - just when things were looking up - I'm cursed! I'm fucking cursed!”
— Salvatore Leone

Sindacco Sabotage is a mission in Grand Theft Auto: Liberty City Stories given to protagonist Toni Cipriani by Salvatore Leone from his home in the Saint Mark's district of Portland, Liberty City.

Toni drops by Salvatore's mansion and is informed that the Diablos are attacking the Leone Family in Hepburn Heights and the Red Light District, so Toni decides to go down and kill the Diablos gang members. Toni goes to Hepburn Heights first, before moving on to the Red Light District, killing all the Diablos gang members along the way. Salvatore calls after the Diablos have been killed, with Toni admitting that they are likely to lose the area. However, Salvatore is determined that the Leones will fight to keep control of the area.

After the mission, the Leones will become hostile towards the Diablos and shoot at them on sight. 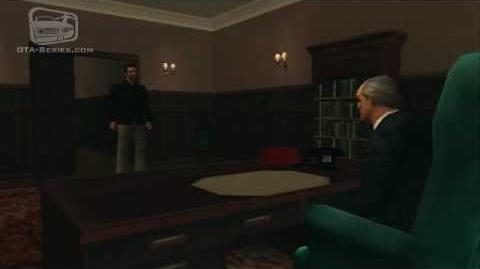 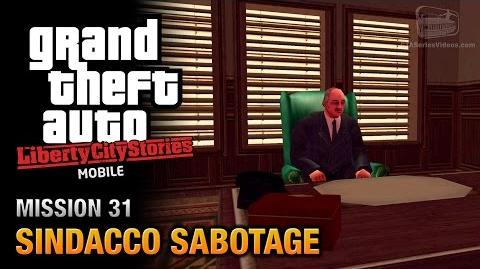